What can you imagine when leading a squad of tortoises, which are widely said to be slow and frail? Things can exceed your imagination when you play War Tortoise 2, the next release from Foursaken Media. The original version of this title has brought a lot of success for the game provider, which accounts for the optimization of the successor. Packed with additional elements in the gameplay, the action simulating shooting game will give you a brand new experience with the new tools for war: the tortoise.

War Tortoise 2 keeps the essence of the original version. The only thing that makes this game different from its predecessor is the Automatic feature, allowing the in-game battles to take place when you do not have much time to focus on the battle.

Your mission in War Tortoise 2 is to control your tortoise and your soldiers in order to defeat the enemies and protect your territory. You will sit on the back of a tortoise and use your weapon to combat the enemies. Stare and shoot correctly or use the firepower to kill them more quickly.

On the fierce battlefield, your tortoise needs to face up with the rain of bullets. That is why he is equipped with armor and many weapons. However, your character cannot live for long due to its stamina. Always keep an eye on your character’s health at the top of the screen in order to use them efficiently. 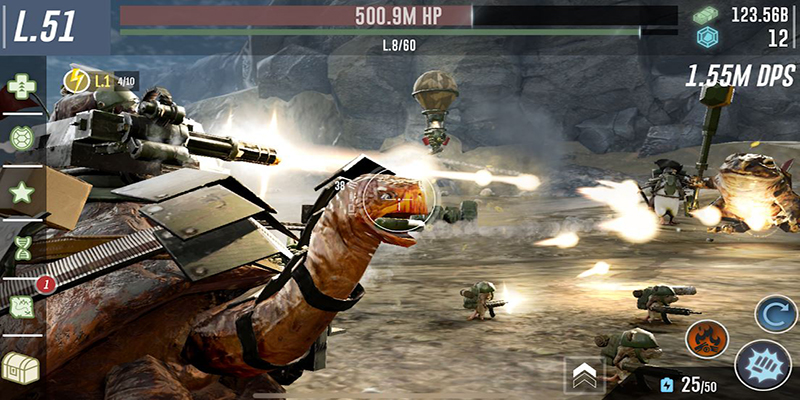 Your experience becomes more and more challenging when you get to a higher level. Therefore, it is important for you to have a sensible strategy, improve your squad’s quality by equipping them with more modern weapons like cannons, plasma guns, and armor. However, these items are not already available for you to use instantly, as they are locked. To unlock them, you need to collect gold coins and basic materials during your journey on the battlefield. Exchange them for these items or buy them at the store of the game.

In order to increase your chance of winning against the game, you can unlock a lot of new characters. Each one has a unique skill, so think carefully and make full use of them efficiently.

As mentioned, you can activate the auto mode of the game to let the tortoise determine and attack rivals themselves. 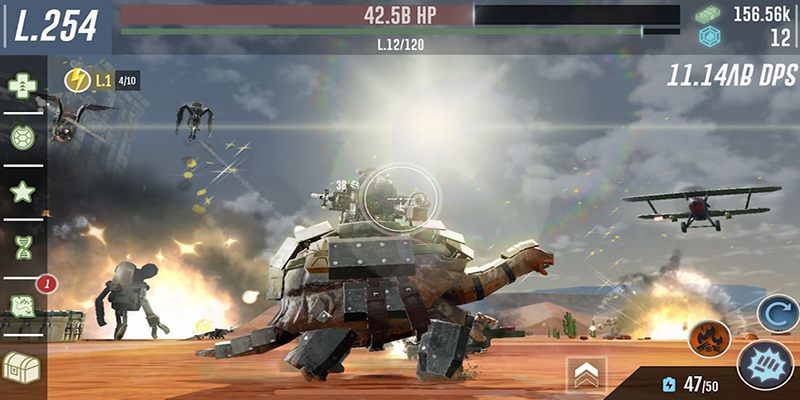 As a shooting game, War Tortoise 2 is packed with splendid design. The game seems to do an excellent job of picturing a fierce battle where many meticulous tortoises are moving with high-quality weapons and armor. The game also creates stunning sound effects like the metal crash, the sound of the engine, and bomb explosion.

In comparison with the original version, the successor of the game has its own way of appealing to action-game fans. War Tortoise 2 is downloadable on Android devices, and you do not need to pay any money to get the app installed. Click on the Download button on our site and explore the ever-lasting experience that this title brings.

War Tortoise 2
Rate this app
Reviews are public and editable. Past edits are visible to the developer and users unless you delete your review altogether.
0★
0 total
5 ★
4 ★
3 ★
2 ★
1 ★
We gather comments to provide users with the latest information.
Sorry, no results found.