Description of The Walking Zombie 2

Overview of The Walking Zombie 2 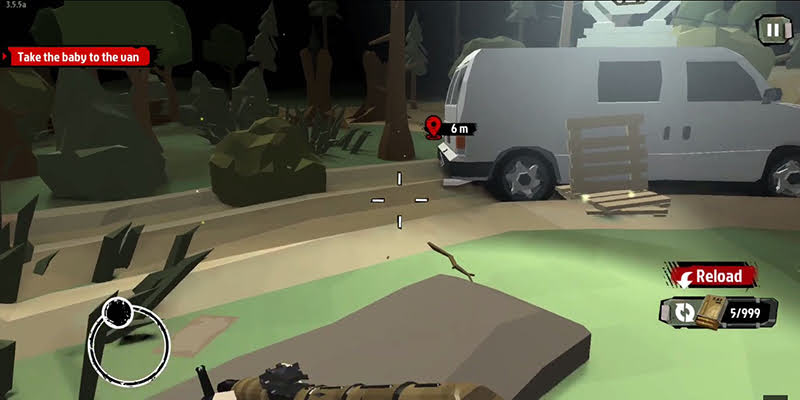 The Walking Zombie 2 is set in the context of the human war with monsters in the apocalypse setting. As a game from Alda Games, The Walking Zombie 2 has a carefully built storyline from the beginning. Thanks to that, you will understand your mission and responsibility in the upcoming battles.

Zombies are everywhere, use the weapon to destroy them before you yourself are destroyed. After understanding the situation, your character will begin to conquer each challenge and find ways to escape from evil monsters.

Besides having to fight against many types of zombies, bandits, dangerous monsters, you will receive important quests and many different side quests. Don't forget to level up your skills as well as trade, buy and sell equipment and communicate with lucky survivors.

Storyline: The Only Hope of the World

The Walking Zombie 2 brings you the story of the character's brutal past of your choice. Apparently, that was their destiny. With an immunity to viral effects, you are the only one who can save the world.

It also makes you the perfect weapon against bloodthirsty zombies. Find out all the facts about your origins and find a way to create a cure. Please accompany your friends, despite the dangers lurking everywhere.

There are different levels of difficulty that you need to overcome. Do not forget to improve his level, improve his character's skills so that he becomes stronger. Try with everything you have, do everything to kill zombies, regain peace for the earth.

The Walking Zombie 2 offers you hundreds of different missions and weapons. Your main goal is to destroy the zombies that have controlled the world. But they are everywhere with many species and very large numbers.

Unfortunately, you are almost alone in all combat missions. However, don't worry, you will be using guns with different types of ammunition, grenades or melee weapons. In addition, you can heal yourself with medkits and food. As you complete as many missions, your character will become stronger, better equipped, and gain its own perks.

The Walking Zombie 2 allows you to move the character relatively comfortably. The zombies will appear everywhere, the most important thing is you need to deal quickly before they get too crowded. Its 3D graphics help to faithfully simulate battle with specific action. You are even like a lead actor in a horror movie. In addition, the publisher's sound effects are also highly appreciated. Each footsteps, gunshots, and the surrounding context of the game are meticulously and clearly shown.

The Walking Zombie 2 MOD APK forces players into survival gameplay. You have to fight with a gun if you do not want to be killed.In that case, owning powerful weapons is essential. With this version, you can freely buy the necessary weapons and equipment quickly.

Download The Walking Zombie 2 MOD to put an end to the fate of bloodthirsty zombies that dominate the earth. Additionally, you will also have similar experiences at Last Day on Earth: Survival MOD APK, don't miss it!