Description of The Seven Deadly Sins

Currently, there are many mobile anime games on the Google Play Store, most of which are inspired by anime titles of the same name. Netmarble's The Seven Deadly Sins: Grand Cross is one such game; it just launched globally after the massive success in Japan. Once again, the journey of Captain Hawk, Meliodas, Ban, Diane, and other Deadly Sins continues. Hop on! 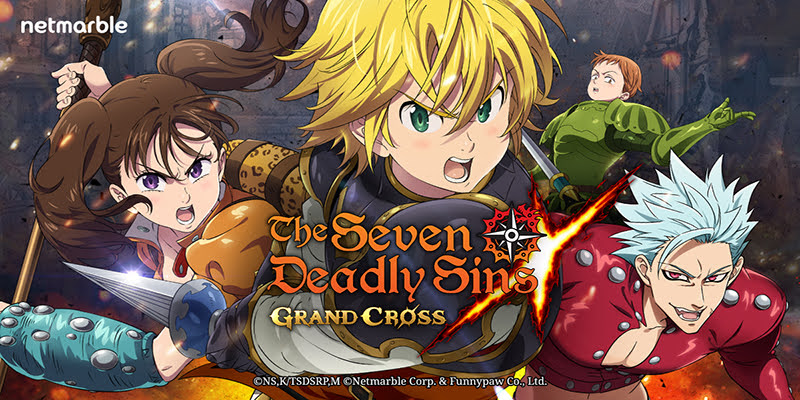 The Quest for the Deadly Sins

7DS: GC follows the same plot as the first season of The Seven Deadly Sins anime. In a hypothetical world where both humans and magical creatures coexist, the Liones kingdom is about to face a major threat: the demon race, which was once locked away, is now return to the living world. In these difficult times, Princess Elizabeth of Liones leaves the castle to begin a journey searching for the seven legendary guardians. They are called The Seven Deadly Sins. Together with them, players will uncover the secret behind demons’ appearance and save humanity once more. 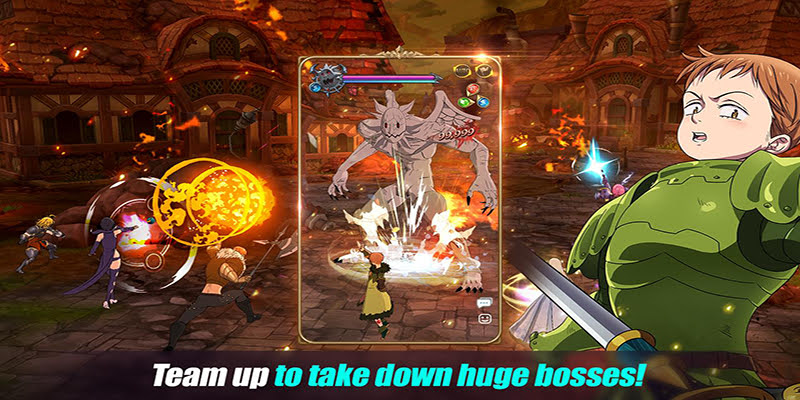 The game will not follow the familiar RPG gameplay but combine it with the turn-based card game mechanic instead. The combat system is engaging, with a unique combination of stunning graphics and skill synthesis.

Accordingly, from the five cards shown below, players will choose two special moves for the two characters they are controlling. If there are two similar skill cards, you can upgrade that skill to increase attack power by moving them next to each other. Players can also use magic cards to activate ultimate skills to help destroy enemies quickly. Players can also base on the characters’ strengths and weaknesses, combined with their ability to develop creative strategies, thereby building up the most powerful lineup.

Probably the best feature in the game is the pretty well-designed RPG elements. Players can freely move around the pub and the quest area or use the 'Go Now' option for more convenience. Players can also interact with NPCs to perform additional quests, purchase ingredients, and so on.

7DS: GC offers a diverse character system, along with countless unique outfits, hairstyles, and trendy accessories to customize the character as you like. Outfits are an essential part of the game. There are two types: casual costumes for stylish purposes and battle outfits, which provide various buffs and debuffs to the character. The accessories include bracelets, belts, etc.

Those equipment increase your character’s stats, including attack, defense, health, and many other things. 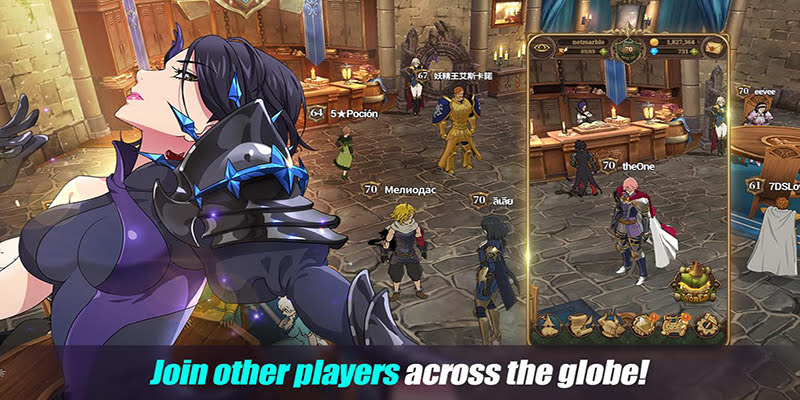 This is where 7DS: GC really shines. The game uses the same graphics as the anime, and the characters are meticulously portrayed, with Meliodas, Elizabeth, Hawk, Diane, etc. The character's movements, animations, and detail levels are all well-designed. Even the supporting characters look great; it's clear that the developers have done their best to keep this game as close to the original anime as possible. Without a doubt, this is one of the best anime mobile games on the market right now.

Sadly, The Seven Deadly Sins MOD APK is currently in progress due to the recent release of the original version. Don’t worry, we will keep you updated as soon as possible. Enjoy 7DS: GC!