Description of The Catapult 2

Welcome to the stickman world in The Catapult 2! The game is the continuation of The Catapult, whereas you, a stickman, will defend your castle against the reign of fire from an army of other stickmen. Your only ally is the loyal catapult, your wits, and your skills.

The game has received more than 10 million downloads on the Play Store, with an overall rating of 4.4 out of 5. The Catapult 2 is popular indeed, but what are its improvements compared to the previous one? Let’s find out. 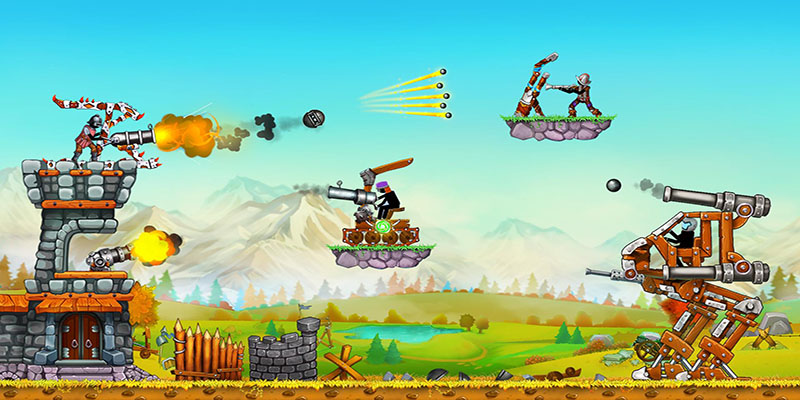 The Catapult 2 is the combination of the tower defense genre and the Angry Birds shooting style. The gameplay is similar to our birdy game: touch the catapult to select, drag back to change the direction and the power, and release to fire. However, your enemies are not the green pigs; they are the same as you, stick figures. They do not stand still but will fight back relentlessly. You will lose if they crush your castle, so look out for those giant cannonballs firing at you!

Your tower will be bombarded by catapults, tanks, and even airplanes! This time, you won’t have to be little David anymore. Many medieval weapons, dozen small weapons, various defense towers, hero equipment, and special abilities are at your disposal. It’s time to give them hell!

You can upgrade the towers by adding more archers or cannons, placing barricades and mines, or changing the towers according to your strategy. It’s best to take a look at the enemy types and the battlefield before each map. Play smart, not play hard! 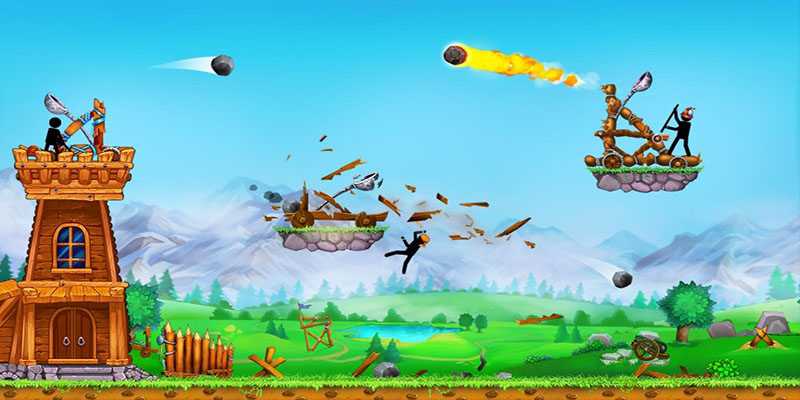 In The Catapult 2, you will come across various game modes, for instance: 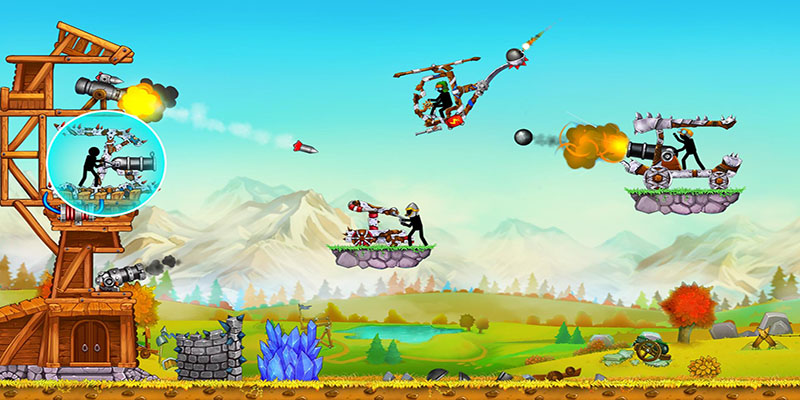 The Catapult 2 has bright colors, with green and orange as the central theme. The simple in-game visuals, intuitive 2D graphics, and clever explosion effects are all the highlights that keep you staring at the screen for hours. You can check the entire map in 2D view before playing it, which is extremely helpful in mind mapping your strategies. Also, you can enjoy the game at its best setting, even with your low-end devices.

The MOD allows you to purchase all the upgrades and spells without worrying about their costs. Download the MOD and install it on your Android for instant access to unlimited cash. It’s time to defend your kingdom!

The Catapult 2
Rate this app
Reviews are public and editable. Past edits are visible to the developer and users unless you delete your review altogether.
0★
0 total
5 ★
4 ★
3 ★
2 ★
1 ★
We gather comments to provide users with the latest information.
Sorry, no results found.