Description of The Battle Cats

Table of Contents:
Welcome to The Battle Cats, the world of cats. Cats are really interesting, cute, aren't they? However, they are also very aggressive in a particular way. They have invaded the entire human world and now they are invading each other. Download this game to fight with all the cats in Battle Cats today.

Overview of The Battle Cats

Get an interesting story from cats, the publisher PONOS Corporation created The Battle Cats with simple gameplay. The difficulty of the game will increase gradually after each stage you pass, at the end of the first level you will move to the next level. You will receive a bonus after discovering each level. 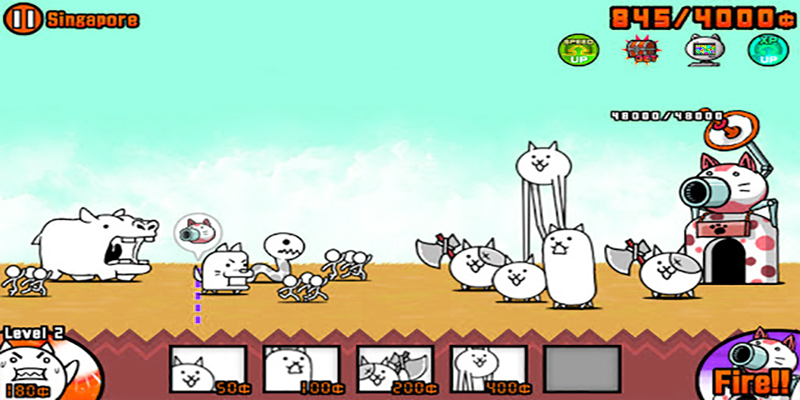 The control mechanism of this game is extremely simple. You just need to touch the cats that are moving on the screen. As a cute cartoon-style strategy game, it makes everything simpler and more adorable than ever.

You will have to defend your base with an army of wacky cats in Battle Cats that you have never seen before. Different cats have different strengths and roles, so you need to choose the right ones. Your enemies are formidable opponents that are inspired by animals such as dogs, snakes, hippos, etc.

When animals appear to attack your base, over time, you will accumulate a certain amount of money, you just need to click on the cat icon you want to choose. 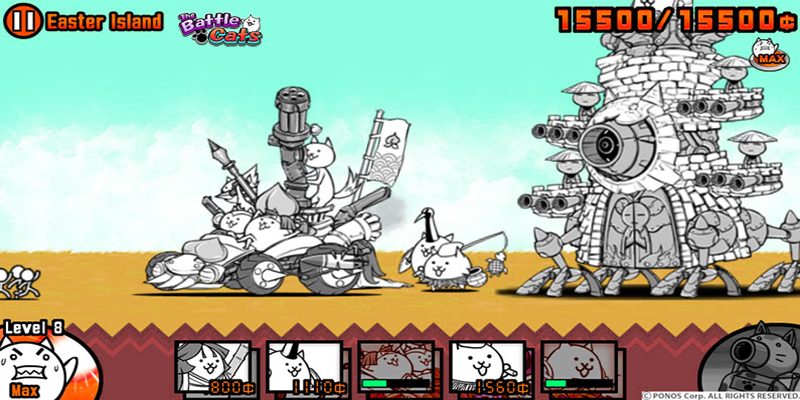 Once spawned, your cat will automatically engage in combat with any enemies they meet until they are defeated or killed. So the only thing you need to do to win is to see what strength the animals that attacked your base have. Then you can choose suitable cats with the powers to fight those animals.

When your opponent in Battle Cats is too crowded and not enough money to buy cats, your special weapon is a very suitable choice. The special weapons help you deal a great deal of damage to defeat a large number of enemies. Treasure is also a very important thing in the game that you need to collect as much as possible, it helps you create very powerful items and increase the power of your base.

Battle Cats has more than 300 cats shaped with wacky styles for you to choose from when fighting. But you are only allowed to bring 10 different types of cats per game. You can make your cat stronger by upgrading them. When you reach level 10, the highest level, your cat possesses tremendous power.

The Battle Cats is a game designed with quite simple graphics. Although it does not stand out as 3D games, it has a bright, cute style. The characters are designed to be simple, but have an incredible appeal. It also provides interesting background music, humorous fun for the player. Initially, you only own a very few types of fighting cats. But as you complete missions and get higher levels, you will unlock more powerful cats. 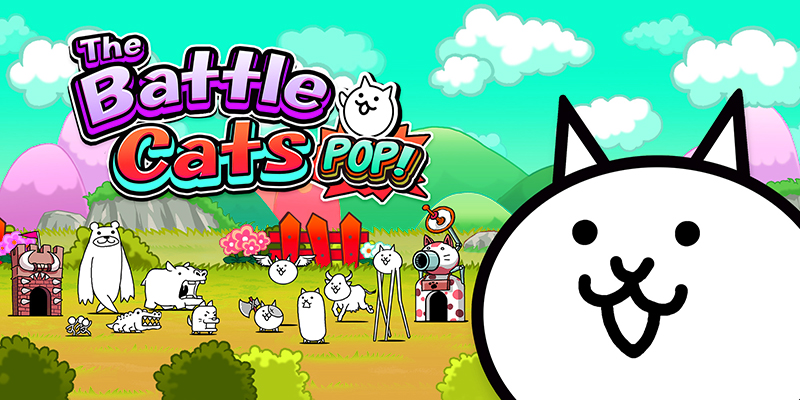 Each cat has different fighting abilities, and yet, you can upgrade them. Let them have more power than ever. This is necessary because when the combat areas are enlarged. Players will be faced with much more bizarre and powerful enemies. If you are weaker than them, you cannot seem to win. Upgrade items and unlock new cat characters when you can.

The Battle Cats is a game with simple gameplay. Thanks to the funny and funny images of cats, you will definitely love this game after playing through the first levels. With moderate capacity, beautiful 2D graphics, this game can completely run well on any type of device. You can also refer to other interesting games here.