Soul Knight (Mod, Unlimited Gems) is a very appealing game - a mix of RPG and shooter genres that many people have always wanted to try. This game is a product from ChillyRoom that supports Android and iOS operating systems and is entirely free.

Soul Knight's gameplay is exciting, combining many elements from the RPG and shooting genres. It is undoubtedly the best shooting game available on Google Play and the Appstore. With this game, you will explore the deep world in dark castles, collect weapons, dodge bullets, and destroy them all.

An evil witch alien steals the soul stone to gain control of everything in the dark world. You are a knight, and you are the current greatest hope. It all depends on you recovering the magical stone. You will be transported into a dark world where there are mazes filled with traps and dark forces. Move to find arms and fight with the villains. 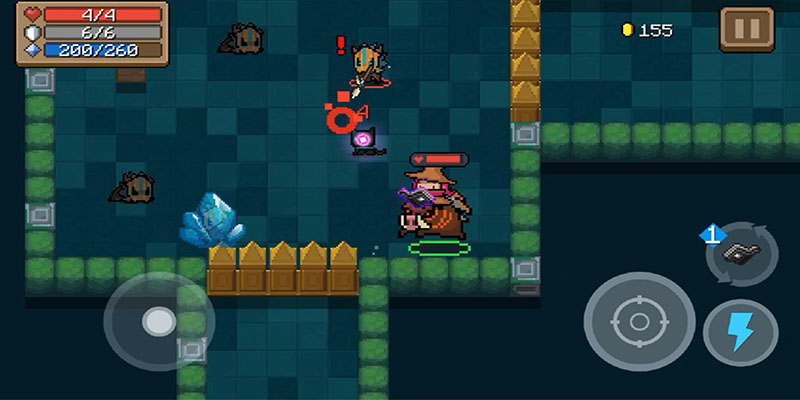 In Soul Knight, your mission is to eliminate enemies in each stage using the hero you control.

Each hero has its unique abilities: the ability to use weapons, avoid bullets, suck the power of enemies, and more. Of course, each hero has his or her strengths and weaknesses.

You can activate some characters. Some characters can be started with gems, while others can only be bought with IAP for $1. If you sacrifice, you can spend 200 gems or watch an advertisement to be revived. Or you can start over there.

On some levels, after defeating all enemies, you will receive a buff that will benefit you in the next level. There are also mercenaries on your side. You will have to spend gold coins to hire them, which can be earned during the game. With up to 3 mercenaries, they will be of great assistance.

Moreover, if you want to play with your friends, Soul Knight can quickly assist you. Many players can interact with one another more efficiently by connecting to Wifi or Bluetooth. 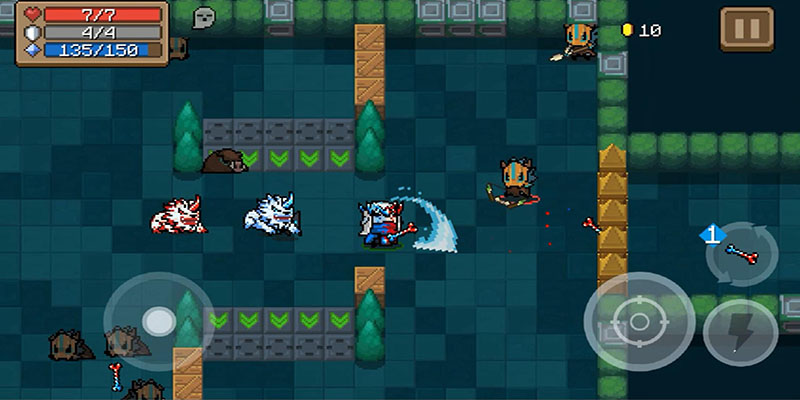 Through each stage, weapons will be different, including guns, blades, bows, lasers, etc. There are over 270 other weapons to choose from in the game Soul Knight. You will need mana or a soul to use a weapon (blue bar).

Each weapon has its strengths and weaknesses; for example, a gun can quickly destroy an enemy but consumes a lot of mana. Meanwhile, the Blade can do more significant damage, but its range is relatively short.

Simultaneously, you always have a pet with you. Initially, a cat helps you to fight enemies. You can get another pet, but they appear to be just different colored animals.

Currency In The Game

Soul Knight has different currencies: Gemstones, Gold. Gold is used to pay for troops and other support items. Meanwhile, Gems are the premium currency that can be used to purchase new characters and pets and upgrade your existing characters with other buffs. You can also play a minigame in the game's lobby in the hopes of winning a super-powerful weapon to start your race or more gems.

Note: You won't be able to see the weapon's stats before purchasing it, and you'll have to buy it to find out how powerful it is. 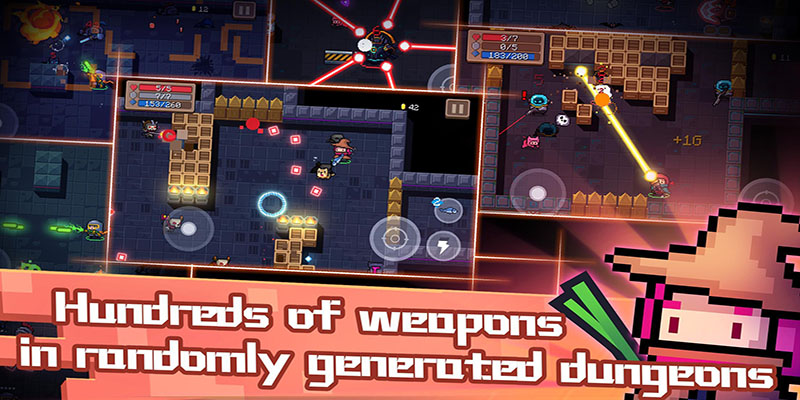 The graphics in Soul Knight are classic 2D Pixel graphics. It recalls adventure games made many years ago on four-button machines. You will be highly pleased with the game's simple illustrations and fascinating sound.

Soul Knight Mod Apk is an exciting game with low configuration requirements. The game has a capacity of 84MB and runs on the operating system Android 4.1 and above. Furthermore, with the MOD version's unlimited money feature, you can completely buy weapons and characters without regard for price. Download the game and play it now.

Soul Knight
Rate this app
Reviews are public and editable. Past edits are visible to the developer and users unless you delete your review altogether.
0★
0 total
5 ★
4 ★
3 ★
2 ★
1 ★
We gather comments to provide users with the latest information.
Sorry, no results found.