After the first installment’s success, Armor Games Studios released a sequel to the series called Soda Dungeon 2. You will meet familiar characters and contexts but in a completely new and exciting adventure. With the innovation of crafting systems, upgrades, and character classes, the game promises to bring you many new experiences. Join me to experience this exciting game through the review below. 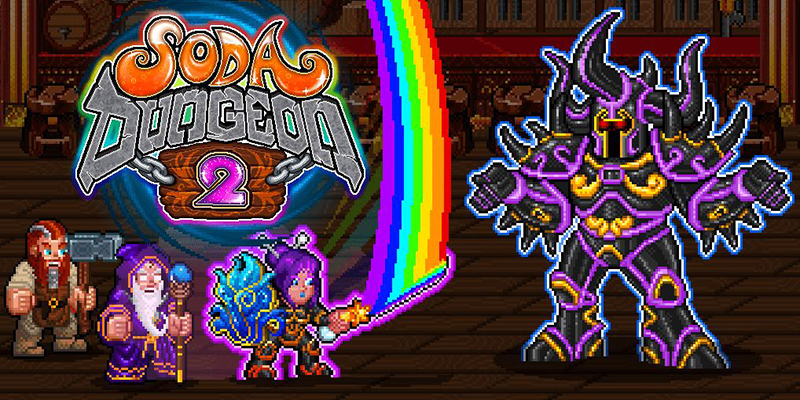 Soda Dungeon 2 retains almost all of the original plot from the previous installment. The story is about a land where humans and monsters live together in harmony. However, believing that he had the strength and an aggressive army, the lord of darkness sent troops to plunder human resources. All items, from food, weapons, gold, and silver to legendary objects, are hidden in a carefully guarded castle.

Unable to bear the persecution, a group of people bravely stood up to fight the lord of darkness. They embarked on a journey to regain the wealth taken away by monsters, bringing peaceful lives to the villagers. 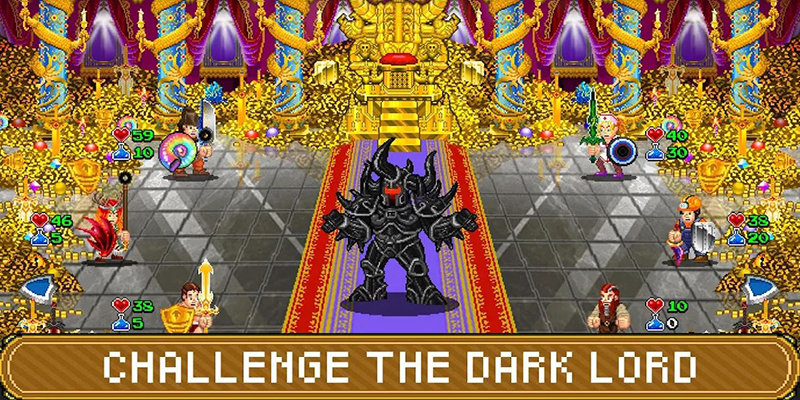 You and your teammates will explore the castle filled with the treasures of the dark lord. However, it became more dangerous than ever because the castle was guarded by monsters and deadly traps everywhere. Therefore, you need to gather a mighty army, regain the resources and items in the castle. Take back loot, which can be used to upgrade towns, pubs, and more.

In addition to the main missions, Soda Dungeon 2 also offers various surprise missions on the journey. Occasionally, you will receive assistance requests from the NPC. They may ask you to find some lost objects or kill the rodents destroying the crops. NPC characters are pretty generous and willing to exchange many valuable rewards if you fulfill their request.

Besides, the auto-battle mode is handy when you don't want to spend too much effort and still want your character to farm in the dungeon. Characters can automatically fight in a predefined area. You just need to select your team character and activate this mode. In particular, they also automatically collect resources dropped by monsters. 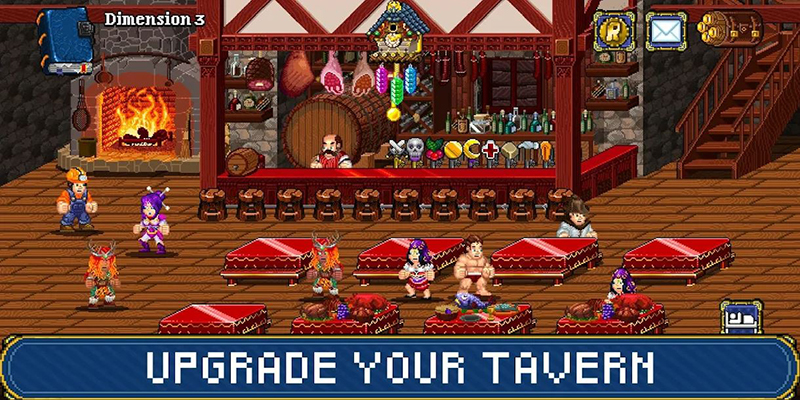 To attract talented characters to help you explore and collect items, you need to upgrade your town and pub regularly. Besides, you also need to build other auxiliary structures such as witch shop or smithy so that the characters have a place to promote their personal strength. Also, do not forget to develop the arena. It is like a training camp, helping the team members improve their skills and strength.

Adventurers recruited to your team all have different personalities, skills, and traits. With Soda Dungeon 2, you can customize the whole team’s behavior or each member through Soda Script. It will help synchronize operations, bring efficiency to your tactics. Once installed successfully, everything will happen automatically, and the characters will do precisely what you want.

During the exploration of the castle, you will pick up valuable items. Some special weapons can be trained or upgraded to have higher damage power. Besides, you can also use resources to craft items such as armor and weapons. They contribute to increasing skill stats and defense for the character.

Soda Dungeon 2 also has an experimental mode. You can assemble new equipment and send testers to battle. Thanks to that, you can evaluate the weapon’s ability and strength before deciding to build it. Isn't that wonderful?

Graphics in Soda Dungeon 2 follow the style of 2D games before, especially the Legend of Zelda series. The images in the game are incredibly colorful, like a moving picture, not a video game. This is one thing I like very much about the game, as it feels very familiar and easy to get along with. The in-game audio is also quite impressive, with up and down songs well-suited to the battle scene. Play a few minutes, and you will easily get lost in the melodious soundtracks of Soda Dungeon 2.

Our MOD will give you unlimited money to purchase the necessary equipment and weapons. In addition, you can freely change the skins for your characters. Download and install Soda Dungeon 2 MOD APK with the link below.

Soda Dungeon 2
Rate this app
Reviews are public and editable. Past edits are visible to the developer and users unless you delete your review altogether.
0★
0 total
5 ★
4 ★
3 ★
2 ★
1 ★
We gather comments to provide users with the latest information.
Sorry, no results found.