Sift Heads is probably a series of shooting games that are no stranger to PC players anymore. With a world of only red, black, and gray, the series has made a strong impression not inferior to the top shooter titles like CS: GO or PUBG. Recently, publisher Pyrozen released Sift Head Reborns Mod Apk, a remake of Sift Heads World designed exclusively for mobile devices. If you are a fan of this series, do not miss out on this exciting shooting game.

Life of a Bounty Hunter 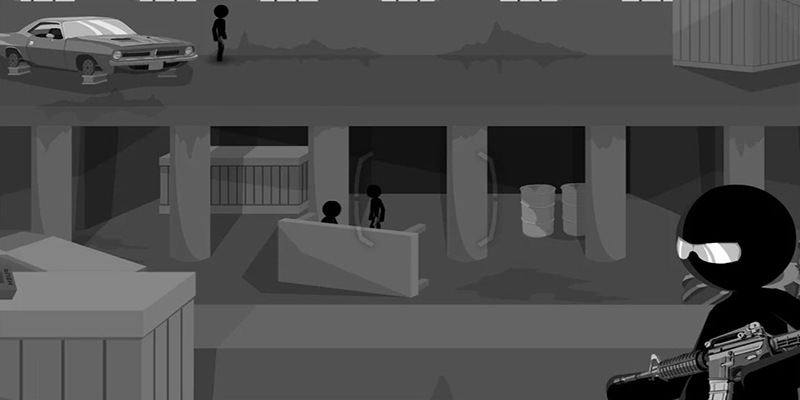 Like Sift Heads World, Sift Heads Reborn tells about the bounty hunter Vinnie's fight against the mafia gang led by Alonzo. The game starts with a conversation between Vinnie and Kiro, another bounty hunter. While Vinnie was washing his gun, he got a call from Shorty, saying that Alonzo's mafia gangs were planning to take over Chicago. After they arrived at the harbor, a fight broke out, resulting in a bullet pinned on Alonzo's head by Vinnie himself.

A week later, Vinnie heard that Alonzo was still alive and had just been released from prison. Unable to believe his ears, he flew to the mafia headquarters in Italy to kill Alonzo again. Will an assassin, who never missed a target like him, would make this deadly mistake? Or are there some mysteries behind everything? Let's find out.

As introduced, the game allows you to choose between 3 main characters, which are also three veteran bounty hunters: Vinnie, Kiro, and Shorty. They come from 3 different countries but have a complicated relationship with each other. Shorty is Vinnie's lover, while Kiro was a rival to Vinnie, but has gradually become good friends. Which character to play is up to your preference. 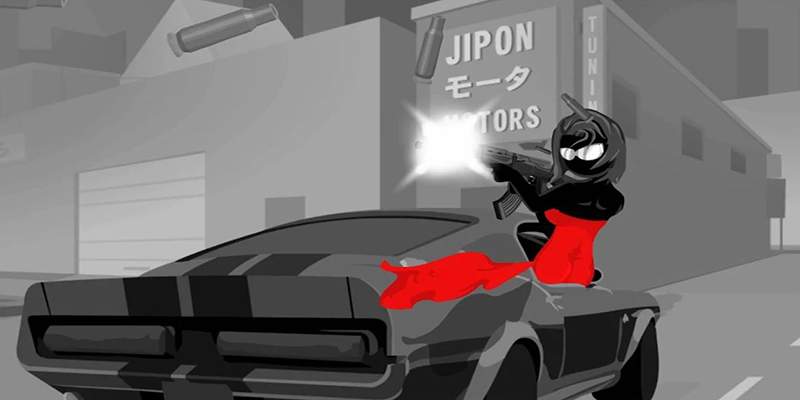 Sift Heads Reborn's gameplay is very similar to the mall’s shooting games that you must have seen at least once. Your job is straightforward: move the crossfire and shoot once the target has been selected. You don't even need to move the character; just use your left hand to adjust the gun’s direction and your right hand to shoot. The most troublesome part of the game is that you have to be extremely fast, because just one gunshot is enough for dozens of other guns to point at your head.

The story will gradually develop through each map, with the number of usable weapons continuously changing. Besides the character's default gun, you will be able to use many other firearms such as Desert Eagle, AWP, AK-47 by picking them up from dead enemies.

World of Red, Black, and Grey 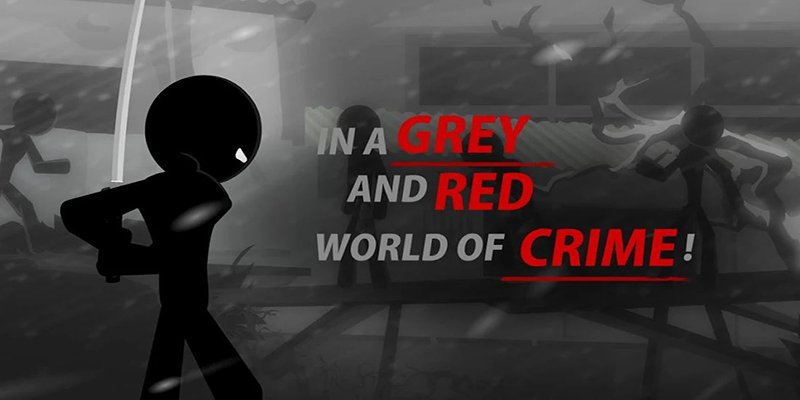 If you've ever seen bloody action movies like Sin City, you can quickly notice the color similarity between the film and Sift Heads Reborn. With the primary color of red, black, and gray, it can be said that the shooting scenes in the game are very satisfying but also very violent. Sift Heads Reborn's graphics go with the 2D style and classic stickman characters, similar to a game I've reviewed before: Angel of Stick 5. If you love the stickman genre, you can check out our review.

Our MOD will give you some perks that the original didn't have. Here are some of the differences that Sift Heads Reborn MOD APK brings: