Probably many gamers still remember the famous mobile game series called ShadowGun Mod Apk, developed and operated by Madfinger Games in 2011. This is a gorgeous graphic action shooter that rarely appeared on the Play Store. Despite going through many ups and downs at present, the game still somewhat shows its strong appeal.

After a long wait, players can now enjoy breathtaking shooting moments with the latest sequel, Shadowgun Legends. Will this time Madfinger Games continue what fans have always expected? Let's have a look. 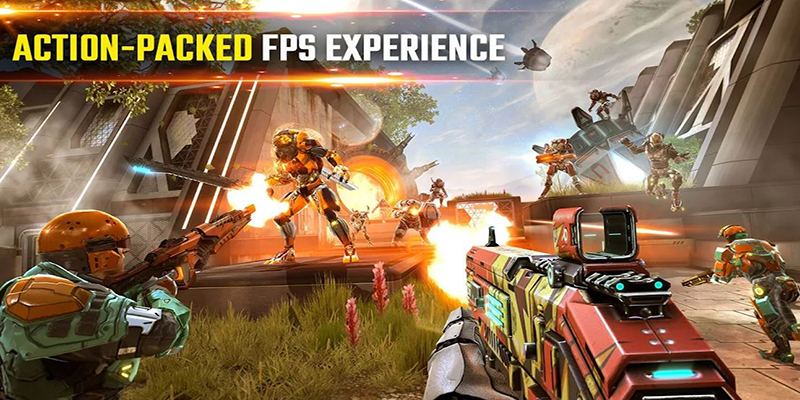 Shadowgun Legends tells about a sci-fi world where an endless war is raging between galaxy warriors and mysterious alien creatures. You will begin as an inexperienced young warrior, trained to get used to the most basic controls. After finishing the introduction process, you will be able to customize your character, from appearance, skin color, hair color, etc. Now, the real war begins. 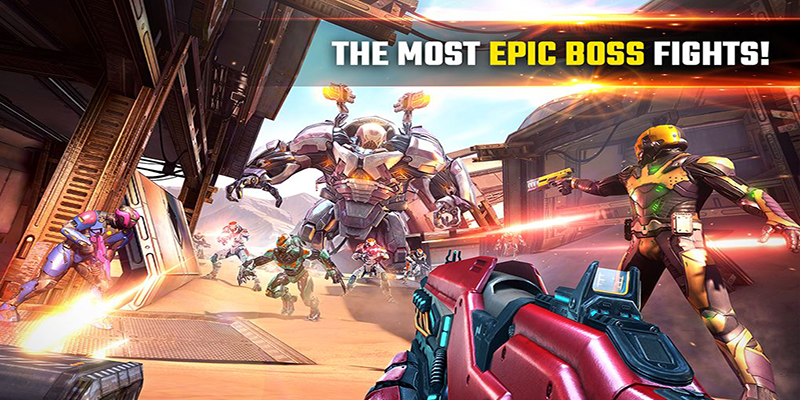 Once you have created your character, you will have to meet Slade to start working as a Shadowgun. You will start your work of space exploration and destroy hostile alien creatures. As an MMOFPS game, you will both be able to develop your own character and participate in endless battles with other players. Sound appealing, isn’t it? Let's see what Madfinger Games has to offer with this game.

In terms of role-playing, Shadowgun Legends gives you an incredibly diverse equipment system, with hundreds of different weapons and armor designed in true sci-fi style. You can upgrade them with items and materials found in the store as well as by completing quests. You won't be able to compete with other players without any preparation, trust me.

The weapon system of the game is not inferior to other games, with more than 700 different weapons. Not only that, you have hundreds of different skins to customize each accessory, enhancing the personalization of the game. The equipment system can also be customized, changing colors and adding stickers.

The FPS aspect has nothing to complain about either. The control mechanism is not too different from other games of the same genre, but you will not see any scrolling or aiming buttons on the screen. All are optimized to enhance user experience, freeing up the screen so you can easily see around. 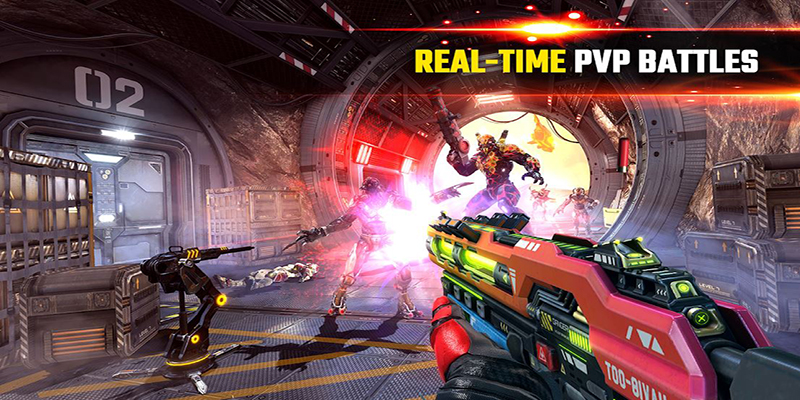 The game offers players a story mode, where they will participate in endless battles according to assigned missions. With over 200 challenging campaigns and many new missions added after each update, you won't be able to escape the charm of Shadowgun Legends.

Besides, the game also has a Multiplayer mode that helps you compete with other players and win many attractive prizes. Don’t look down on your opponents if their equipment is worse than yours; they can take you down with just a single handgun!

This is probably my favorite point when talking about this game. Graphics in Shadowgun Legends are the strongest point of the game, even more outstanding than the gameplay. To deserve what the fans have come to expect, Madfinger Games has poured all of its enthusiasm, money, and technology into this game, making it a respected name in the entertainment industry.

We can easily see the object model depicted in great detail and prominence. For users who own a well-configured smartphone, gamers can clearly see every small element on armor, machinery, weapons, and the surroundings. Light also contributes significantly to the image quality and shadow effect, creating an extraordinarily vivid and engaging fantasy battle.

It can be said that the game is like a blow to those who are still prejudiced when comparing games on mobile phones with games on computers. Experience the fantasy world of Shadowgun Legends and comment below.

Our MOD will activate God mode, allowing you to be invulnerable against any enemy attack. Also, the enemy cannot attack you even if they want to. Download and install Shadowgun Legends MOD APK with the link below.

Shadowgun Legends
Rate this app
Reviews are public and editable. Past edits are visible to the developer and users unless you delete your review altogether.
0★
0 total
5 ★
4 ★
3 ★
2 ★
1 ★
We gather comments to provide users with the latest information.
Sorry, no results found.