Koality Game's Prizefighters 2 MOD APK is a boxing sports game. This game will help you relax if you are tired after a long and hard day at work.

Koality Game is a game developer because of passion, not for business. The majority of their games are designed with simple Pixel graphics. The central theme is sports, and instead of creating competition like other games, they want to make enjoyable games with this theme to help players relax. That is what makes their brand different.

In Prizefighters 2, you are a boxer and you need to defeat the opponent. You can choose any boxer you like, such as Andrew Tanaka, Calvin Hopkins, Eric Camacho, and so on. In the ring, your only goal is to beat your rival with your fists. 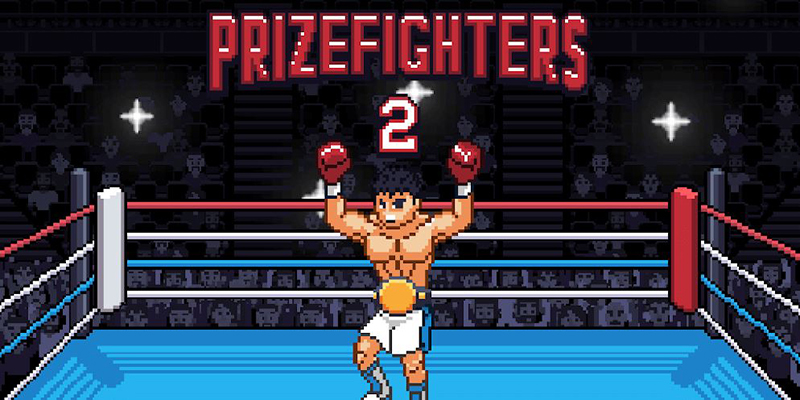 The controls of Prizefighters 2 are pretty complicated. The screen will be divided into 2. Each half will have five squares. Excluding the two separated squares, the remaining two large squares will be divided into 4. 4 squares on the left side of the screen will be up, backward, left dodge, and right dodge. The left side will be the attack button. The two separate squares are the defense button. When you hold them at the same time, your character will be in defense. Also, the game allows you to control type to Swipe and Touch, which means you will swipe and tap the screen. 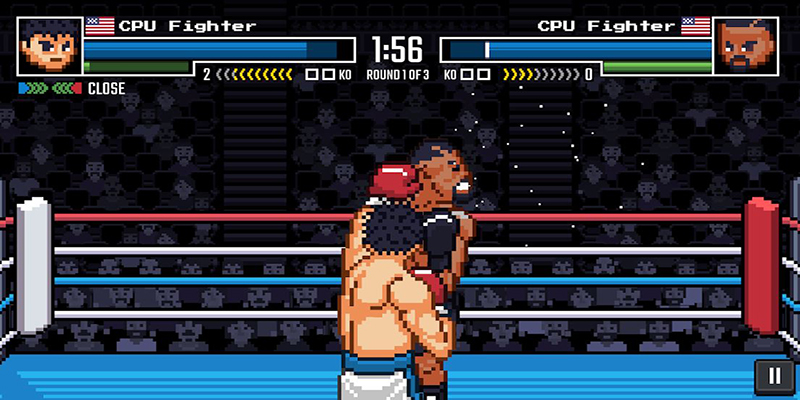 Use your skills to help you attack crucially. Gladiators are individuals who have been trained in physical strength and stamina. As a result, the primary attack only triggers a minor loss of health, necessitating ability points to unleash crucial attacks. A powerful uppercut or a jaw hook may be helpful. The skill points below the health bar will increase when you strike an opponent. To strike a skill, hold down an attack button; each hit will deplete one skill energy pot.

Create your own rules. The publisher wants to promote your imagination with the editor feature, despite being a highly entertaining game. You can change Prizefighters 2's rules, edit the arena, string color, and ring theme, as well as customizing the appearance of gladiators.

Use various tactics to defeat your enemies. First, stay on the defensive to avoid being hit by your enemies. After the opponent strikes, quickly throw your punch since the opponent can take some time to return to a defensive position after launching the attack. As a result, your opponent will be unable to avoid your attack. The next step is to combine simple attacks and skill attacks with having a combo that increases your skill points while also increasing the amount of damage you can do to the enemy. 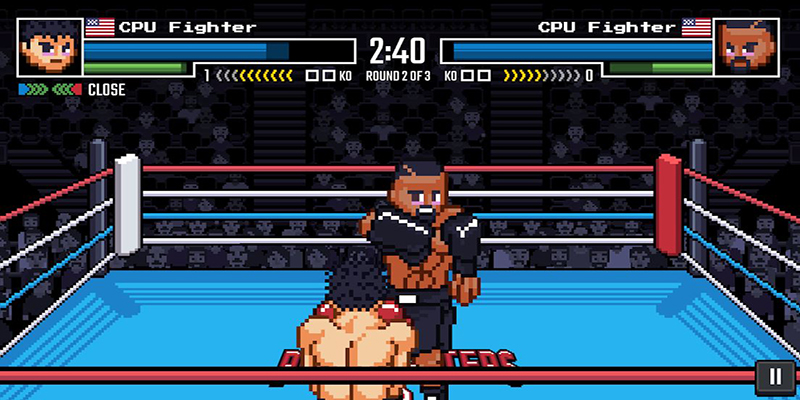 All games of Koality are designed with unique Pixel graphics. The graphics in this edition have been greatly improved compared to Prizefighters 1. Although both editions are seen from a third-person perspective, the characters in Prizefighters 2 are more well-designed. Not only that, but the animation is also much more realistic.

Prizefighters 2 MOD APK is indeed a very fantastic and attractive game with fun graphics that attract players. There are many other features for you to explore. Some features of the game are in development, promising to bring more exciting things. Besides, when using the MOD version with unlocked premium, you can customize the tournament before you start, adjust the stats and appearance of every fighter, and manage all aspects of the match.