Marble Age: Remastered is a turn-based strategy game based on the ancient Greek period. The main task of the player is to manage troops and resources for a small village at the time when the new Aegean civilization began to take shape. Players will develop their small village into a big city. Once qualified, the player can launch wars to conquer other continents and control the vast world in the game.

Background of the Game 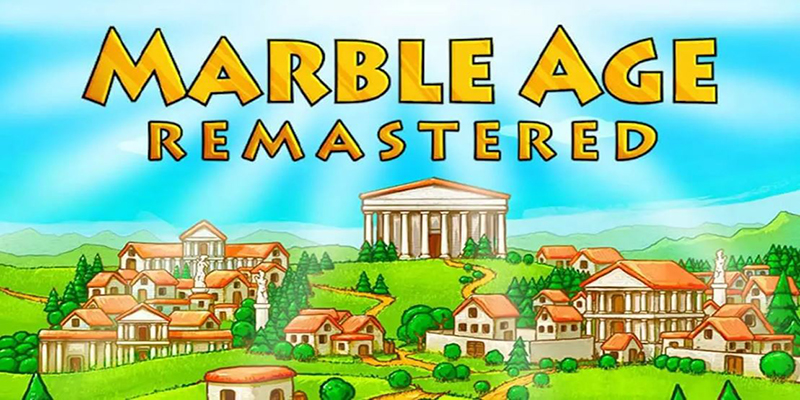 The game takes place in Greece from 3000 BC to 305 AD. Here, humans can build projects and apply technology to make your city stronger while recruiting more soldiers and peasants.

Diplomatic matters with other cities in the Greek territory will need to be resolved; an alliance must be formed so you can develop your kingdom. You can also conquer other areas to expand your territory and get more resources when you win. Besides, other cities will also have their own decisions, so be on the lookout for sudden attacks from unrelated people to keep your area safe. 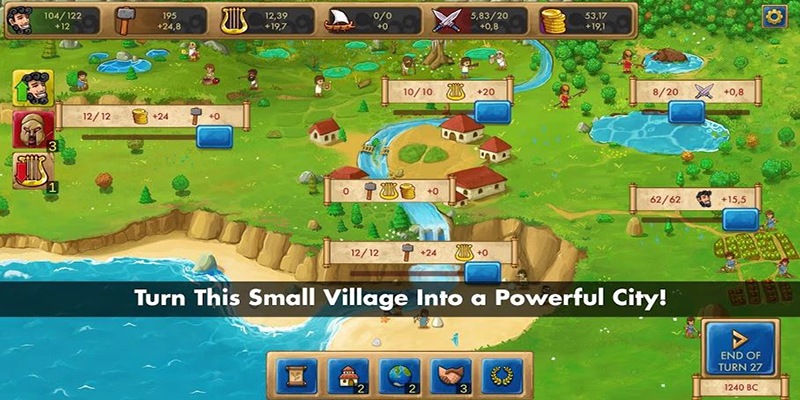 Although this is an offline game, AI-controlled cities share the same goals as you. The approach of this game is very simple; in just a short time, you will be able to play fluently. However, if you think this game is easy to win, you are wrong. Sudden attacks from people or natural disasters can destroy your inheritance at any time.

You will have three city options, including Athens, Corinth, and Sparta. Each city has its own strengths and weaknesses, so you need to think carefully about tactics and choose the right city for you. Corinth was a booming commercial city, Sparta was known as a mighty military center, whereas Athens has outstanding diplomacy. Every decision made by you will have a huge effect on the economic, political, and military development of the city. So make sure you have a good understanding of each ethnic group.

Grow With the Flow of History

Marble Age: Remastered will take place for quite a long time, with many surprises will happen. As your city grows, more events are unlocked. There will be many surprises waiting for you. Good things, bad things, no one can predict it.

Be careful of the enemy's declaration of war. This could cause your city to deteriorate, or you will have to end the battle early. Don't rush for war when your city is not ready, which can cause huge damage. 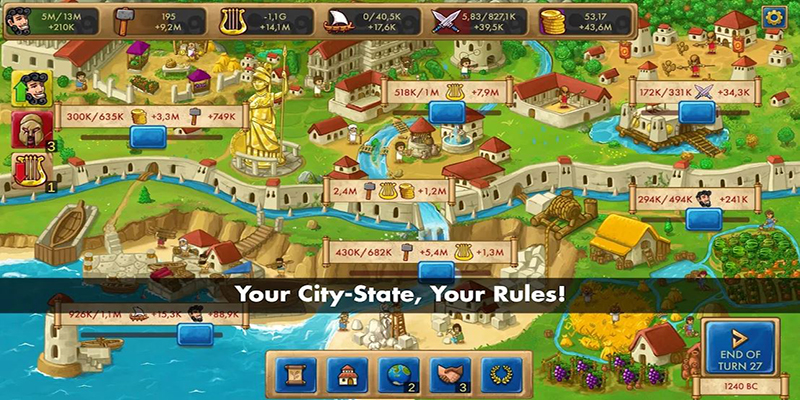 In order to develop civilization in the city, you need to do quite a bit of work. Therefore, you need to unlock, upgrade buildings and increase the population of the whole city. As the population in the city increases, the city's CP also increases, allowing you to unlock new elements in the game. Every resident of your city has unique expertise to take advantage of, so divide the available resources to them to keep your city growing.

Marble Age: Remastered is a great strategy game that you should not miss. With impressive 3D graphics and easy-to-access gameplay, this will be a great game suitable for gamers who love ancient Greek history and war. Try it now!