Have You Tried Manor Matters?

If you are a fan of adventure-themed games, then you should try Manor Matters. The Manor Matter is an engaging game title retaining the genes of the hot series Homescapes from the publisher Playrix. There is no need to further discuss the success of this series, especially when it remains the leading app on Google Play Store for many months. It is understandable that Playrix continues to release more Manor Matters to continue the success of the predecessor.

The game will be a good choice for players into intellectual puzzle gameplay like this title from Playrix. Are you ready to let the mystery of this game under the sun? Keep reading! 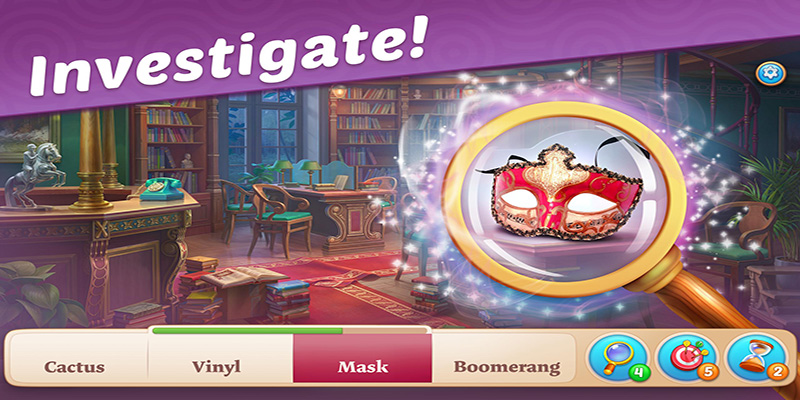 If you are a fan of the Sims, then it is easy to recognize the similar decorative gameplay style in Manor Matters: finding objects. The game is set in a gloomy old Castlewood manor house that was abandoned and severely degraded. The purplish theme makes the manor house a bit terrifying and full of mystery. Then what is your mission? Discover the secrets of the house and make it beautiful again.

The majestic property of the house may have an impression on you right after setting your foot into the game, despite the fact that it looks like a haunted mansion with scattered furniture and torn curtains.

You will not have to worry about which items to look for as a companion, Carl, a missing explorer, will tell you exactly what it is. The level becomes more and more difficult when you explore higher floors. Hidden objects can be covered up or hidden in discreet places that are not easy to see. Therefore, look around carefully in order to collect all objects before the time runs out.

In case the time is not enough for you to uncover the hidden objects, you can choose to buy more time. In case you get stuck during your finding process, you can watch the ad to get more suggestions.

You will need to collect a certain amount of lightning in order to find the treasure. To do so, complete quests. To find valuables in the rubble of an old room, use a magnifying glass. By completing a decoding quest, you will get a certain number of stars. Your number of stars is determined by your skill and completion time. Thanks to these stars, you can have Bill, a skill builder, renovate the vast mansion.

Creepy Graphics to Challenge Your Courage

As a part of the Homescape series, Manor Matters has something in common with the predecessor in relation to graphics. However, this game is designed in a creepy and mysterious manner, in contrast to a vivid room in Homescape.

One of the big pluses that make this game worthy of a try is the seamless and eye-catching design that players will not get tired of.

If you are into decoding the mystery puzzle, then don’t miss out on Manor Matters MOD APK to get the most out of the game from the successful Homescape series from Playrix. The game is totally free to download and install on your Android device. Get it and play instantly now!