Talking about Hothead Games, we cannot help but mention the legendary FPS series Kill Shot. With its unique and addictive gameplay, Kill Shot has won a lot of praise from experts all over the world. The talented Canadian developer has recently released a new shooting game called Hero Hunters. Whether Hero Hunters will continue the success of the Kill Shot or not, let's read on.

Battle for the Earth 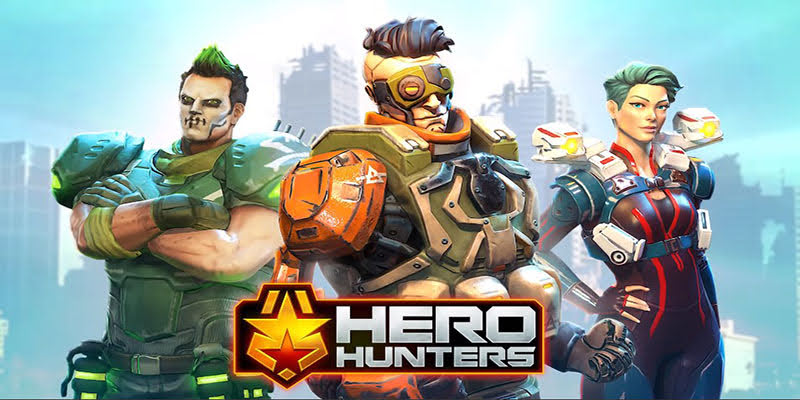 The game takes place in a fictional future, when the war between the two factions: United Armed Forces (UAF), and the Lawgivers led by General Kurtz, breaks out around the globe. Ten years after the Zero Day events, a strange biological weapon has pushed the world to the brink of collapse. Warren Kurtz, a dangerous dictator, has taken control of this weapon, threatening all the freedom and peace lovers around the world. You will join the UAF forces, fight against the Lawgivers and protect world peace. 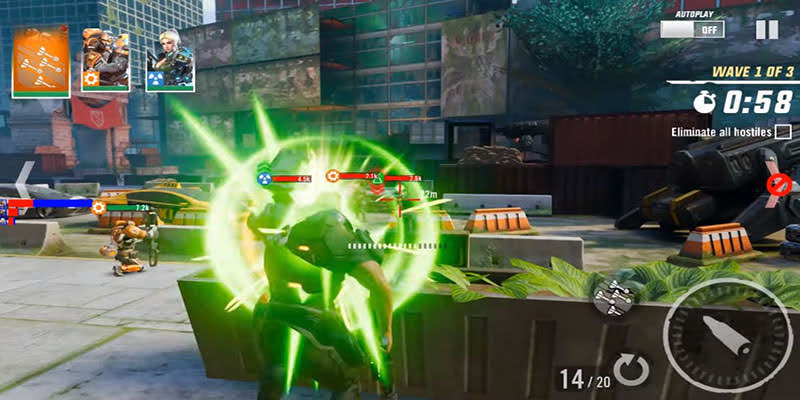 Hero Hunters is a game that perfectly combines two game genres: 3rd person shooter (TPS) and role-playing (RPG). A special feature of the game is the simple control mechanism, which involves mainly moving to dodge bullets and switching characters, staying true to the cover-based shooter nature.

You can control up to 5 characters on the same level. From marksman Artemis, ninja Odachi to weapon expert Steele, you can combine many different characters to find the best strategy for you. With more than 40 characters to choose from, each with their own set of skills and powers, along with a diverse and detailed upgrade system, it's not difficult to explain why Hero Hunters is so addictive.

The game also has many exciting things for you to experience, such as: 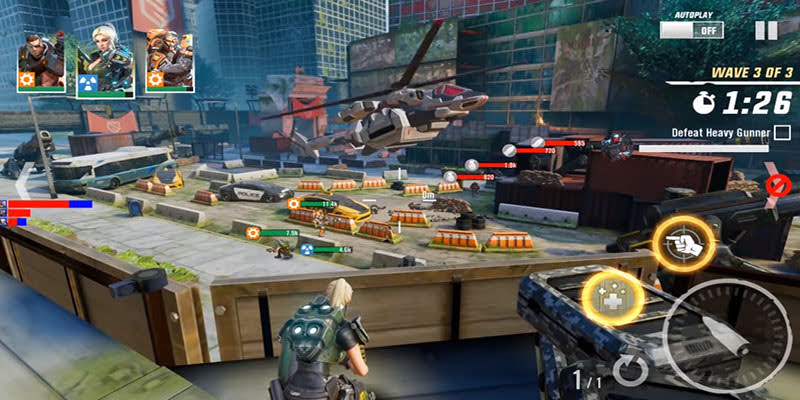 It can be said that Hero Hunters has the same graphics quality as shooting games on PC, or even on console. From images, colors, to particle effects, everything is perfectly designed. In addition, the physics in the game is also very realistic; each projectile, each shot angle is very logical, forcing the player to calculate carefully, not just aiming indiscriminately. This game meets all my criteria, from gameplay to graphics, and I recommend trying it at least once.

Unfortunately, Hero Hunters does not currently have a separate MOD. However, you can still download the game from the link below, and transform into a warrior of the United Armed Forces fighting for world peace. Enjoy!

Hero Hunters
Rate this app
Reviews are public and editable. Past edits are visible to the developer and users unless you delete your review altogether.
0★
0 total
5 ★
4 ★
3 ★
2 ★
1 ★
We gather comments to provide users with the latest information.
Sorry, no results found.