Description of Guild of Heroes

Guild of Heroes, a world full of chaos by evil dark creatures. Join and fight the dark forces in this dangerous adventure. An RPG role-playing game, customizing the character, equipment, and gameplay as you like. Here, you will find a way to become the glorious world-recognized hero. Equip your character and hone your skills, practice with swords and magic. The long journey is still unfinished, go ahead and get it done. 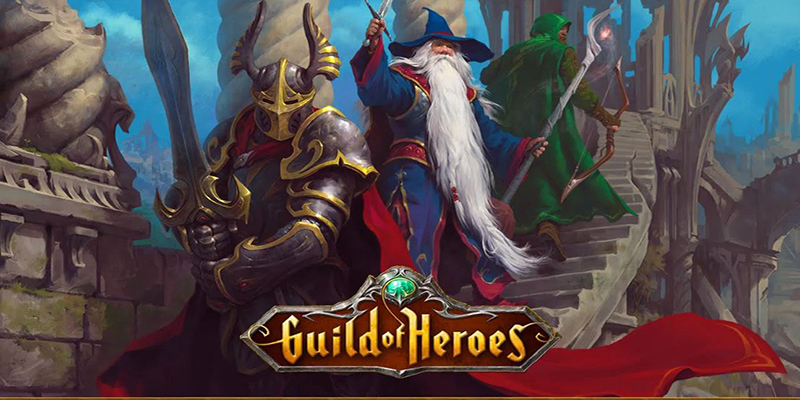 The game is set in an ancient fantasy world where humans have to face a demon's invasion. This power is so dangerous that destruction and killing are everywhere. You are the child of the gods, inheriting the strength and brave blood from the aristocratic lineage. Unacceptable, push those demons to hell right now.

Pay attention to the call of the mage guild and mighty warriors. Fight like real warriors in the arena against other guilds. Guild of Heroes brings all the great things RPG has to offer.

Ancient dwarves and goblins, nasty orc wizards, and troll wizards. Epic dungeon action, raid missions like a medieval-style RPG. However, this epic journey will take you through the vast world. No longer just fairy tales about dungeons or mysterious dragons. But also the war against other mages in the PvP arena. Fight shoulder to shoulder with your friends; they will help you defeat the strongest enemies. Gather your own team of warriors and get ready for exciting challenges.

Classes of Characters in the Game 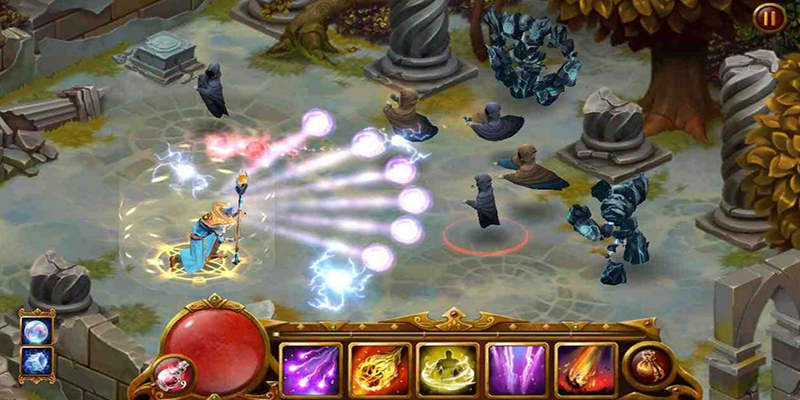 Step right into the heat of battle, an easy-to-learn intuitive user interface. Change your character class freely at will, as long as you have enough experience. Currently, there are three different character classes, including warrior, archer, or mage. Collect and equip your character with your own armor and weapons from the hundreds of pieces available.

But that is only the first step; if you want to be a true hero, you will have to work hard. Explore a large and colorful world in beautiful 3D graphics. Take an epic journey across the Guild of Heroes and unique locations that hide countless secrets. 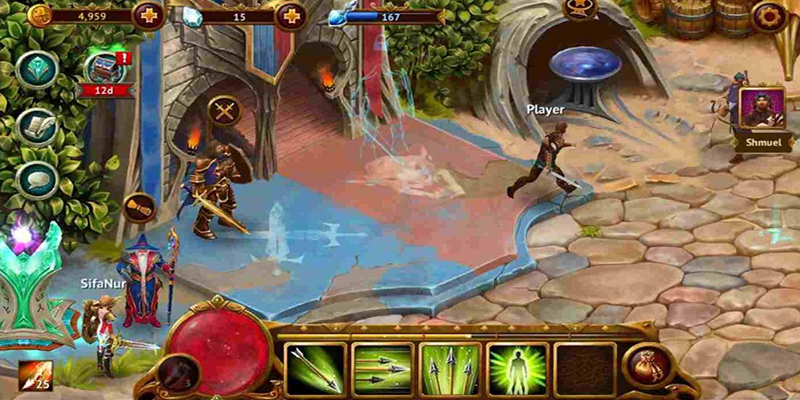 Guild of Heroes has two main modes, PvE and PvP. Players will pass through vast plains, dense forests, and deep caves and dungeons. You will encounter a lot of different monsters along the way. Find their weaknesses and destroy them in the blink of an eye. Children of darkness have evolved into almost invincible bosses. Whether you can defeat them or not, if you fail, don't be discouraged. Learn new spells, upgrade and evolve it stronger.

In this world, all the elements can be controlled by magic, an ultimate power. When you destroy the boss, you will collect a lot of good equipment. Besides, if you are in the middle of a mission and can't continue playing, you can pause it for another time. Therefore, you are always comfortable with your entertainment moments.

The design of the controls is quite intuitive and easy to use. The system also offers an autoplay mode, so sometimes when you want to hang up, you just need to automatically turn it on to hit monsters.

When playing, you will find that this game has beautiful 3D graphics. In addition to the features, as well as the well-designed character system of the Guild of Heroes code, there are also beautiful lighting effects. During combat and use of skills.

These effects will make the game screen become more intense, shoot rays, fireballs are amazing, stimulating players to become more enthusiastic. I guess if you experience this game, you will be addicted to them for a long time!

When you download the Mod version of this game provided by us, you will enjoy the God Mode feature. This feature allows your character to be invulnerable in combat. Accordingly, if you die, click on the blood bottle icon to revive. Not only that, but this version also provides the No Skill CD feature, which means you can freely use skills while fighting to gain an advantage. Give it a try!

Guild of Heroes
Rate this app
Reviews are public and editable. Past edits are visible to the developer and users unless you delete your review altogether.
0★
0 total
5 ★
4 ★
3 ★
2 ★
1 ★
We gather comments to provide users with the latest information.
Sorry, no results found.