If you have ever known the world of Norse mythology, names like Odin, Hela, Thor, or Loki are no stranger to you. With Frostborn: Coop Survival, you will have the opportunity to transform into Vikings warriors and fight for the gods you worship. Build your own empire, use divine power to fight evil enemies, restore the greatness of the mighty Vikings empire. All awaits you in the new online role-playing game Frostborn: Coop Survival. 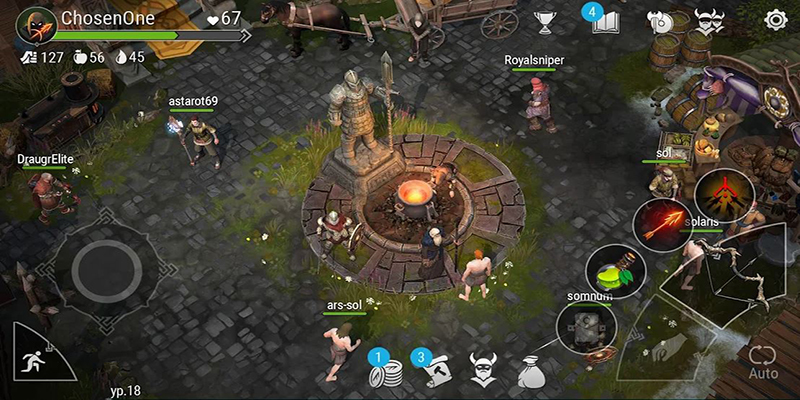 Frostborn's story begins when the vast forests and beautiful hills of Midgard are gradually destroyed by zombies and giants. The rivers boiled, and the gods slowly left. All causes are rooted when Hela - goddess of death, wanted to rebel and take over this world. With her black magic, she cursed and brought death to this city.

Your mission is to transform into a brave Vikings warrior to destroy the plan of the evil mistress. Set in the ancient world of Norse mythology, you can only use primitive weapons to fight monsters, instead of modern advanced weapons like in other RPGs. What would you do if you had only an ax and a bow behind you? Experience the world of the Vikings yourself in Frostborn.

The world in Frostborn was harsh, with frost everywhere as its name suggests. You need to quickly find yourself clothes as well as items necessary for survival. Animal skins or even trunks can also be used as warm materials. In addition, you also need other necessities such as food, water, a knife, an axe, etc. Just missing one of them is enough to make your life a lot more challenging. You also need to pay attention to the health meter, ensuring your character is always in the best condition. If the protagonist is sick, he can die at any moment. 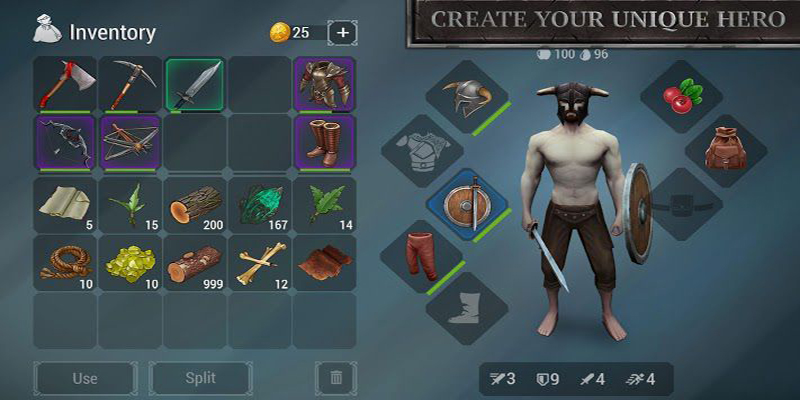 After taking care of yourself, your next task is to equip weapons and armor. You can craft them from the materials you found or buy them from merchants in the city. After you have obtained the right equipment, do not forget to upgrade them to increase their strength. As the game progresses, the monsters will become stronger and more resilient, so a powerful weapon is essential.

Frostborn is designed in the open-world model, allowing you to uncover all the secrets of the ancient Vikings empire. You can go anywhere, do whatever you want. Doesn't that sound interesting?

Together we can change the world. The game allows you to team up with like-minded players to build a strong team of 4. With the power of solidarity, nothing is impossible. You will quickly build a solid base, improve strength together, as well as fight off evil giants. What is more interesting than being able to explore the vast world of Frostborn with your best friends?

However, you should also be cautious, because not everyone who wants to team up with you has good intentions. There are people who just want to steal your resources and will eliminate you once they achieve their purposes. Better safe than sorry. 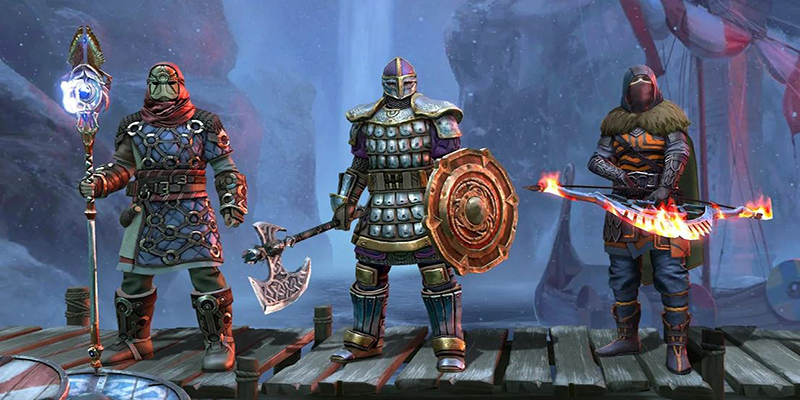 The game allows you to change your character's class by changing their outfits. Each class has its own power and depending on the character, you can perform different attacks such as using a hammer to crush enemies, shooting fireballs to attack enemies from a distance, using hidden magic for a surprise attack, etc.

Players can also challenge themselves through special missions, such as fighting the gods for unique loot. To strengthen your relationship with other immortals, you can do additional quests with them.

In my opinion, Frostborn's graphics are comparable to the top mobile survival games. The ancient Scandinavian scene reminds me of another famous PC game: Skyrim, with its open world and snow-covered spaces. Everything is more beautiful than what I have read in the myths. The carefully invested 3D images, the stunning effects added to all the skills, everything is harmoniously combined to recreate a game about Norse mythology that could not be more charming.

Frostborn is a game that is truly worth playing, with impressive scenes of ancient Scandinavian lands and engaging open-world gameplay. Our game version will show you the entrance, and it's your job to uncover the hidden secrets behind it. Download and install with the link below.

Frostborn: Coop Survival
Rate this app
Reviews are public and editable. Past edits are visible to the developer and users unless you delete your review altogether.
0★
0 total
5 ★
4 ★
3 ★
2 ★
1 ★
We gather comments to provide users with the latest information.
Sorry, no results found.