Voodoo is one of the publishers known for its fun and innovative game style. This time, Voodoo is back with a very new and exciting game called Force Master Mod Apk. You will be playing the role of a Jedi, using the power of the Force to control all objects. May the Force be with you!

Like most other Voodoo games, Force Master is a simple but very addictive game. It is understandable, as this is a casual game but in a completely new style. You will become a superman with magical hands. However, you are locked in a building by infamous gangsters, and you have to destroy all enemies with your superhuman hands to get out of that place. 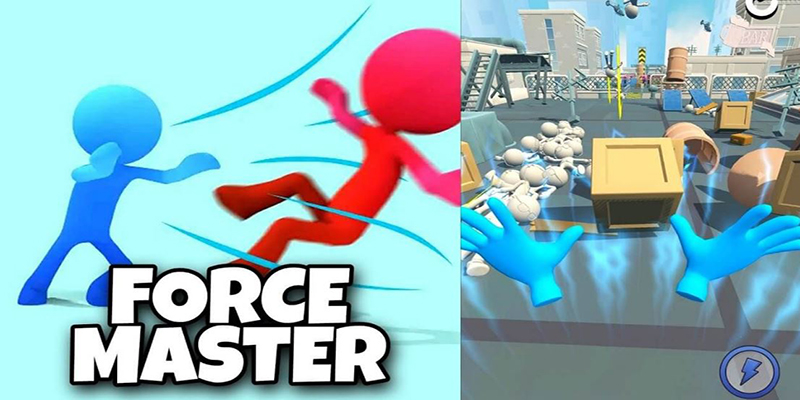 On each level, you will meet countless aggressive enemies who are always ready to beat you up at any time. To complete the map, you need to defeat all opponents while keeping your health bar from depleting. The exit only appears once all the enemies are eliminated.

The control is quite simple. Swipe sideways to blow your opponent away. Touch and hold the screen to lock the nearest object, release your hand to throw forward. It sounds simple enough, but on a battlefield where you have to face hundreds of enemies alone, you only have a few seconds to think about how to solve the problem. If you have not mastered your powers and let an enemy come close, he can take you down and force you to replay the whole map.

The Force Is Your Closest Friend 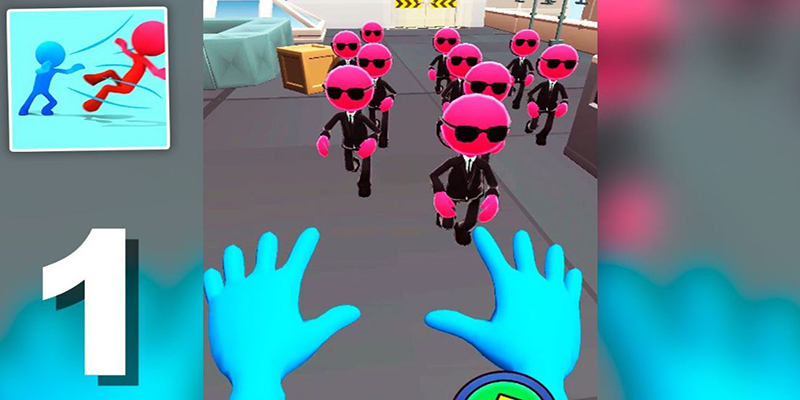 In Force Master, everything will look like an FPS game, as only your arms appear on the screen. The gameplay, as I said above, is straightforward but very addictive. In this game, you have control over everything around you, from objects such as furniture, stairs, cars to living creatures like enemies. You can also interact with items out of reach with just one tap. Isn’t it the power of God himself?

It is pretty interesting that you also have your special skills. The more enemies you defeat, the more energy you can accumulate. When maximized, your hands will release a blast of energy that can destroy all the opponent.

As the game progresses, the levels will be more challenging and flooded with more enemies. They also became stronger and more resilient, sometimes armed with guns and armor. Also, every few levels, a boss will appear. They have enormous amounts of health and are protected by countless men. If you are not careful, you can get killed before you kill them. However, remember that you have the Force with you. Try to be creative! 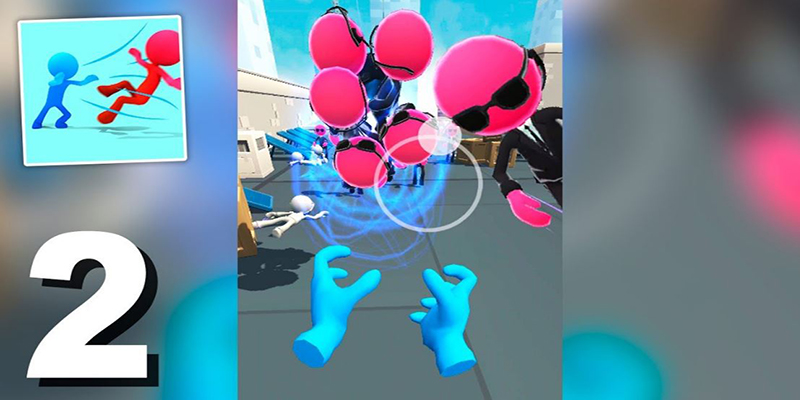 Force Master also integrates a glove collection function. The game has a lot of interesting gloves for you to collect, like Ironman, Spiderman, Batman, etc. Can you collect all the gloves in the game?

A lot of ads will appear during the game, which will be very annoying. You can either turn off the Internet while playing or use our MOD to remove ads. However, you can still click on ads to collect more gloves if becoming the Gloves Master is your primary purpose.

Force Master
Rate this app
Reviews are public and editable. Past edits are visible to the developer and users unless you delete your review altogether.
0★
0 total
5 ★
4 ★
3 ★
2 ★
1 ★
We gather comments to provide users with the latest information.
Sorry, no results found.