If you are a fan of fantasy and adventure novels, you will love this game. Join the game, and you will become a warrior who will travel through a vast magical world. Along with your teammates, you will participate in battles to bring peace and a happy life for everyone. Welcome to the Exos Heroes.

Exos Heroes is a game from the producer LINE Games (a major brand from Korea). Recently, it has attracted attention from netizens around the world, with more than 1,000,000 downloads in Google Playstore. 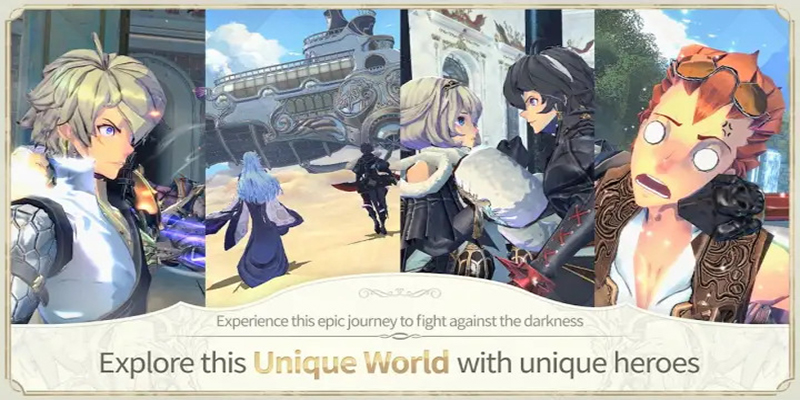 The king tried everything to end the war because he did not want constant tragedies in his kingdom. He sacrifices himself to bring peace and happy lives to his people. The king passed away with a sword cursed by the dark dragon. The king's war with dragons also gradually fell into oblivion.

Around 300 years later, a young hunter named Zeon was confronted with an unexpected situation. He discovered that he can communicate with an ancient dragon named Britu. As a result, he was privy to the kingdom's secrets. Since then, he has been on a quest to find the emperor's missing sword, "Exestruk." 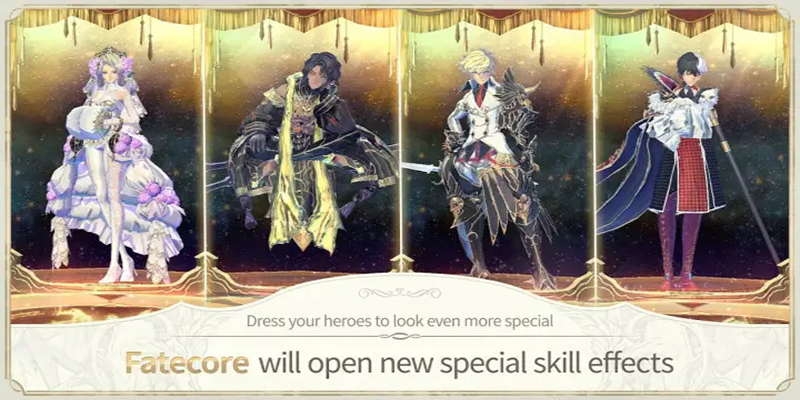 Coming to Exos Heroes, players will be involved in an adventure in the fairytale-like world. A series of quests and mysteries throughout the journey is waiting for players to explore.

It is a combination of RPG and card games. Players will be able to participate in fierce battles as this is a Japanese-style action role-playing game. You must use and combine cards appropriately to be able to attack enemies with the highest destructive power. Therefore, players need to have intelligent strategies to win.

Also, the game is also equipped with the Airship feature, which is a unique feature never seen in other role-playing games. You can use it to explore and fight in the vast sky. Airships are more than just models. It is regarded as destructive machines or giant flying robots. Players become captains, take command of their ships, and launch their campaigns.

Exos Heroes includes two game modes: single and multiplayer. In single-player mode, you can choose the levels before starting the match. With the multiplayer mode, you will have fun moments with your friends, or you can fight against players from many places in the world. 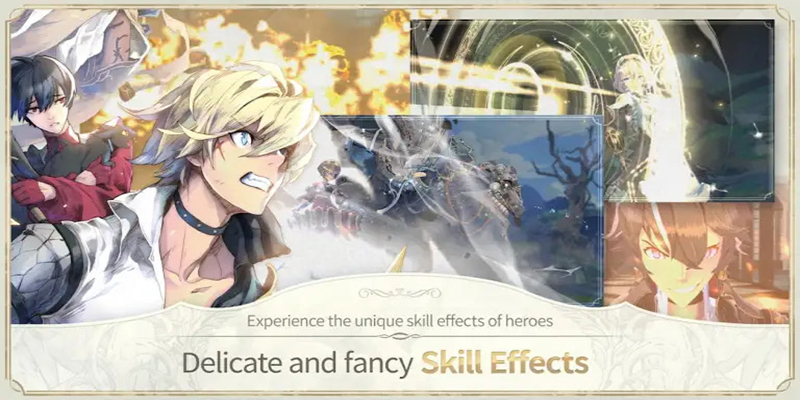 One of Exos Heroes' advantages is the rich and diverse character system with more than 200 different characters. Each of them has a different appearance, abilities, strengths, and weaknesses. All information and indicator scores are clearly indicated on the card. As a result, it is simple to combine cards that can mutually support each other in battle. You should be able to win if you use the cards wisely. However, to unlock the characters, you must complete a variety of missions. Some characters are obtained through random spins, while others must be purchased with cash.

Players can also buy more weapons to improve their chances of winning battles. You can obtain new weapons as you progress through a war. Besides, you can also purchase high-quality materials (exchange by experience) to craft the necessary weapons.

The stunning graphics in this game are what make it so enjoyable. Magnificent landscapes, as well as battles in a fairytale world, are what distinguishes this game. Everything about it is a masterpiece, from the beautiful characters to the various turn-based strategic battles. Besides, the high-quality sound system also gives players a unique experience.

Gamers love this game, especially the graphics. It is designed in the style of anime art. Very few games have this art style, but it makes this unique and beautiful. Many people also like the simple gameplay and unique storyline. However, some gamers want to have the interface a bit simpler and more languages. Hopefully, game developers will pay attention to these in the following versions.

Download it, join the quest for the legendary sword and rescue Exos from chaos.

How many languages does this game have?

It has three languages: English, Japanese, Korean. Maybe, it will have more language options in the future.
Download (81.9MB)
0
(0Votes)