Endless Nightmare MOD APK is a game from 707 INTERACTIVE: Fun Epic Casual Games. In fact, the publisher of this game has become popular thanks to popular titles like Ninja's Creed and Sniper Honor. Endless Nightmare is the first horror game from this publisher, so it is invested in many different aspects.

As a horror game with an RPG element, along with a confusing storyline, Endless Nightmare MOD APK will take you to a world full of darkness and horror. Currently, this game received a lot of positive reviews.

You will be playing the role of a police officer named James Douglass. He has a happy small family along with an extensive career. However, a tragedy happened, and once he was on a mission outside, his wife and daughter were murdered. The killer was not found, which made James fall into despair. James vows to catch the killer and make him pay for what he did to his family.

James begins his investigation with a few clues at the scene. But the more he gathered evidence and searched for the truth, the more he was shocked to discover that the perpetrator was still hiding in his house. But things are not as simple as he thought when a series of scary stories began to appear. And it seems that James himself is caught up in an impossible nightmare. 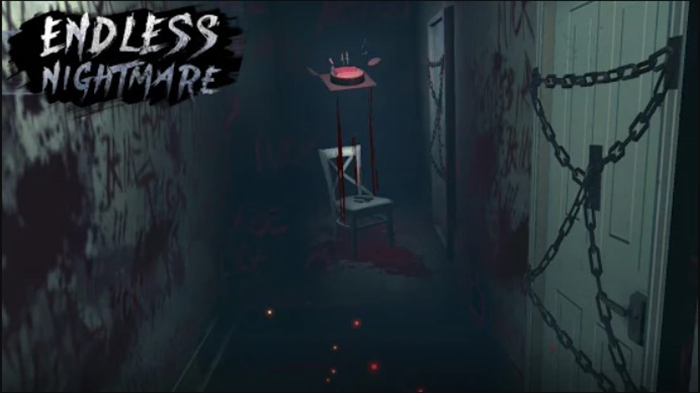 Your only task in this game is to find the real culprit who killed your wife and daughter. To do this, you have to move around the house - where the crime scene is located to find clues. While traveling you will be prompted by the system about what areas to visit. The investigation will take place step by step and new content will be unlocked continuously.

You will be guided through many areas of the house, collecting clues and placing them in your backpack. Finally, you will put them together to find the final answer.

Everything Is Not As Simple As You Think

The deeper you go to find the truth, the more you realize what you're up against doesn't seem that simple. They are not humans, but demons, horror nightmares. Any of your actions can draw attention to them. And most frighteningly, nothing can harm these life-seeking demons. So try to avoid them before you find the final truth.

The horror element is incorporated into the detective storyline, making Endless Nightmare more attractive than ever. I had to hold my breath as my character hid in the closet, looked through the gap to see the movement of a white-clothed female demon, and had to wait for it to leave before I could move. 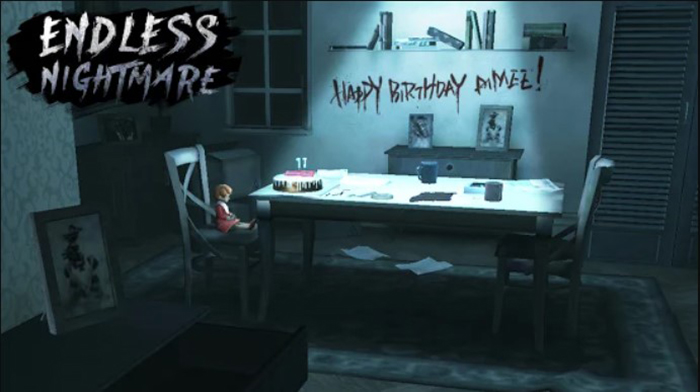 It is true to say that Endless Nightmare is not for the faint of heart. A series of horror elements constantly appear and hit the eyes. This game owns a beautiful graphics background with carefully invested details. Most of the things and phenomena in the game are described as quite similar to reality. So you will feel like you are immersed in the story in the game.

In addition to the haunting soundtracks, the noises in Endless Nightmare really impressed me. Players will feel the scary atmosphere during the game experience through the creepy sound system.

Overall, Endless Nightmare MOD APK has all the elements of a horror game. So, you can easily experience creepy moments through what this game offers. You should note that this game has many horror scenes and can haunt the player. Therefore, it is not suitable for children, mentally poor people, or people with cardiovascular diseases. Wish you happy gaming!