Description of Clash of Clans

Clash of Clans (CoC) is an engaging classic online strategy game. You will accumulate gold, elixir, and dark elixir to build your kingdom with the ultimate goal of training increasingly powerful troops to attack and raid in single-player or PvP campaigns. The game was developed by Supercell with 3D graphics and unique tactical gameplay that has attracted millions of gamers around the world. 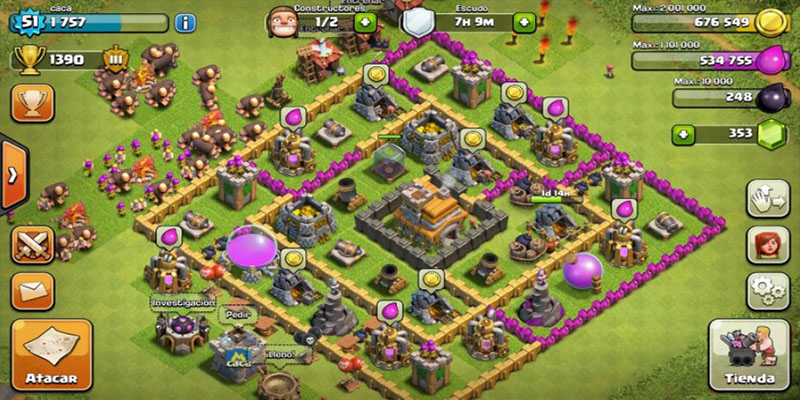 Players will take on the role of the absolute almighty person. You will immerse yourself in endless and exciting gameplay as you build strong bases from scratches. Lead your people to glory by guiding them, defeating other clans as you rule the lands, etc. You also have the opportunity to explore various buildings and build bases the way you want. Build your army and get ready for epic raids against enemies.

You will start with the land where resources are available. You will create kingdoms, build structures, recruit your soldiers. Clash of Clans offers various defensive systems such as traps, turrets, cannons, and walls. These buildings can be upgraded to become more powerful, helping players resist attacks from monsters and other players. In particular, each player will have its way of upgrading. You can get creative or refer to different gamers' experiences. 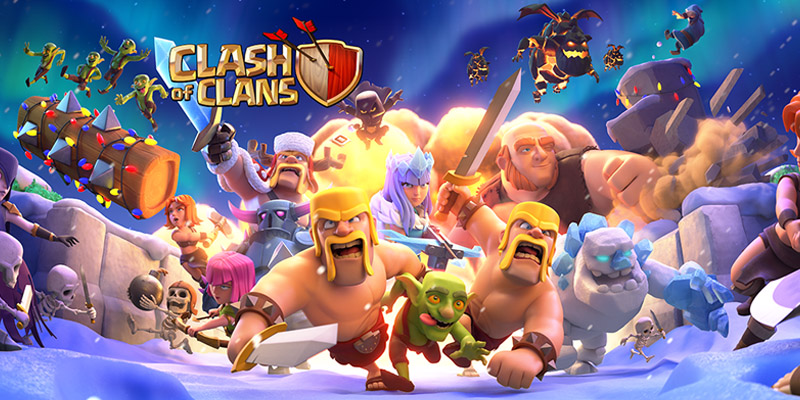 After building defensive structures, you can recruit soldiers. CoC has countless different types of soldiers, including warriors, sworders, wizards, and dragons. Soldiers can be upgraded to increase strength in combat and defense. Players not only defend the stronghold but also use them as the main force to conquer other players' lands or destroy monsters in campaign mode to earn EXP and gold coins.

The most exciting part is attacking other players. Players will have to develop a specific strategy that requires careful calculation to win.

When collecting resources, you must protect them from enemy attacks. Players can use cannons, bombs, traps, mortars, and walls to protect cargo. Build a defense system and prepare for large-scale attacks from enemies at any time. 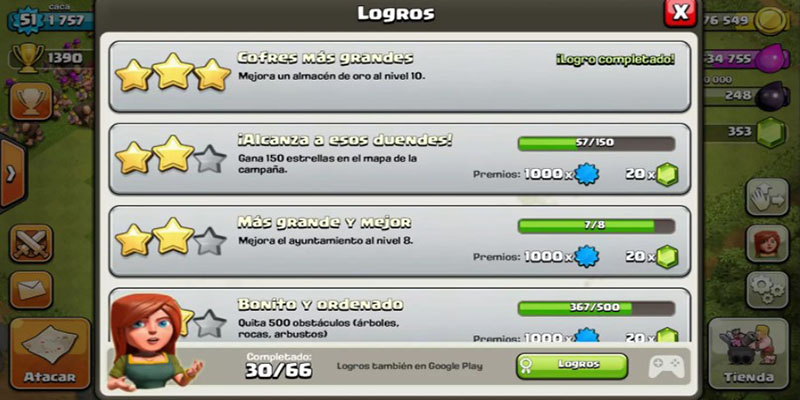 On the other hand, you can also build up your army to take over others’ bases. Attack anyone you like with your army, but you have to take down their base in a single attack.

With the right strategies and suitable units, you can easily pierce enemy defenses. Don’t be nervous to try out your tactics and hone your skills.

You can also make friends with other players to call for help when attacked. Your clan will be sending rescue help, and this is one of the traits that makes Clash of Clans one of the most engaging interactive games.

The graphics and sound of Clash of Clans are great with extremely sharp 3D graphics. The game’s colors are also very vibrant, attractive, and eye-catching, which will make players immerse themselves in fiery battles. Battle bomb explosions and symphonic music will engage players in addictive raids and defense battles.

Clash of Clans is one of the best strategy games for the Android platform. Despite the time, this game of Supercell has always maintained an engaging and satisfying gameplay thanks to many updates. Quickly invite your friends and build your kingdom!