Description of Dragons: Rise of Berk

Dragons: Rise of Berk is a game that is being noticed by many gamers around the world for its compelling storyline and gameplay. This game is set in an animated series of DreamWorks Animation firm about the happenings in Berk land of the Vikings and Dragons. With over 10 million installs from Google Play, this game is worth your time. Keep reading to find out more! 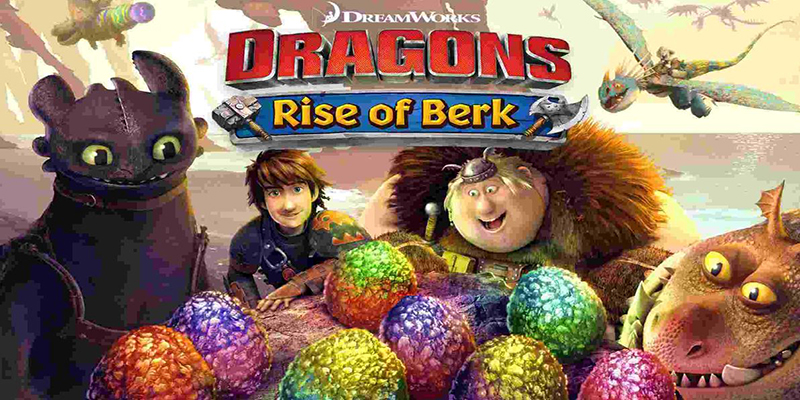 Since ancient times, the Vikings and Dragons never live in harmony; they keep killing each other. The Vikings use the killing of dragons to show their maturity and courage; eventually, this becomes their tradition. However, this tradition ends when Hiccup - son of the patriarch, stands out to reconcile so that the Vikings and dragons could live together.

Nevertheless, not everyone agrees to live in harmony with dragons. They decide to form a Dragon hunting group led by the evil villain, Drago. During a new land exploration, our protagonist, Hiccup, clashes with the dragon hunters. After that, the hunters follow Hiccup, putting both the land and the dragons in danger. Your mission is to help Hiccup protect his homeland and the things he stood for. Let's start! 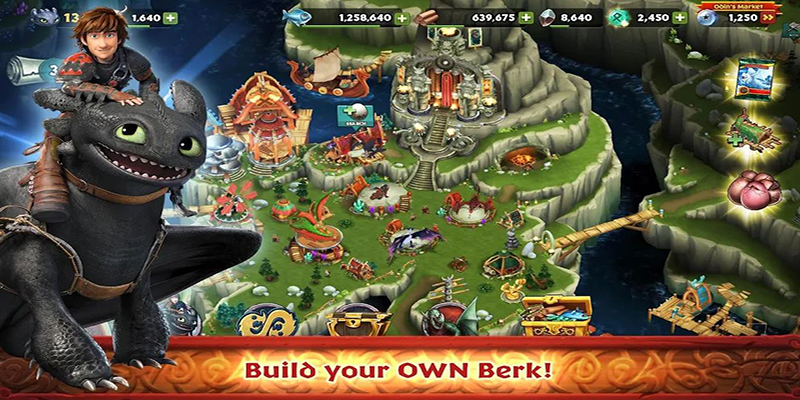 Your main goal in this game is to protect Berk and rescue the dragon eggs. What do you have to do then? We will find out shortly!

First, you need to train dragons because they are your powerful helper in all the battles with evil. However, before there are dragons to train, you must find the dragon eggs in new lands based on the "Book of Dragons.” Once you've found the dragon eggs, you'll need to hatch them to hatch.

When the baby dragons are born, place them in different positions on the island and feed them fish. Soon, your dragons will grow as you level up. After being promoted, your dragon will learn new abilities: catch fish, collect ingredients for the island, etc. 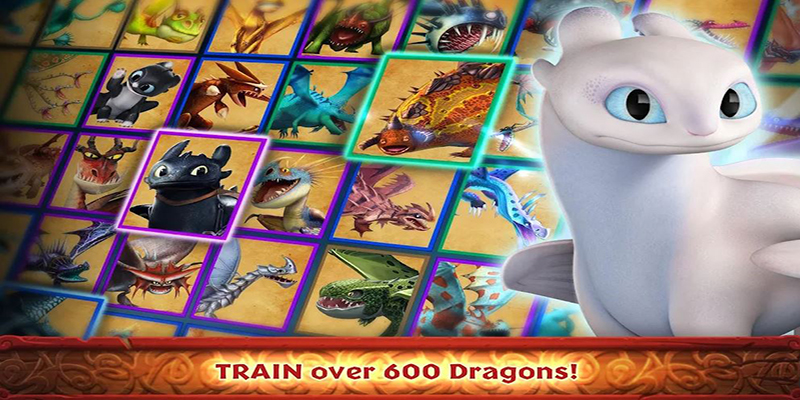 Dragons: Rise of Berk has more than 40 different dragon species and is distributed in different lands. During the game, Toothless and his two friends, Hiccup and Light Fury, will travel to far lands and search for the dragon eggs. All information about the land containing the dragon eggs is mentioned in the "Book of Dragons,” so keep that in mind.

Besides, you need to upgrade Toothless to increase his searchability, while Berk needs to be upgraded, developed, and expanded to accommodate new members.

When your dragons are brave enough ready for the fight, do not hesitate to command them and destroy those who try to invade Berk.

The battles will be turn-based. Each dragon's stats and abilities are simulated in the form of cards; you can upgrade their abilities to increase their combat ability. During the battle, you need to choose a fighting skill for each dragon, then choose the target you want to attack.

Most of the materials, energy, upgrades, and training for dragons require Runes. This is a major in-game currency. Therefore, you will earn Runes when doing the task given by the system. However, you cannot earn enough Runes to do the things you want in the game unless you spend a lot of time grinding. There is a better solution for you: download Dragons: Rise of Berk MOD APK. With the Unlimited Runes feature, you can do anything you like effortlessly.

Dragons: Rise of Berk
Rate this app
Reviews are public and editable. Past edits are visible to the developer and users unless you delete your review altogether.
0★
0 total
5 ★
4 ★
3 ★
2 ★
1 ★
We gather comments to provide users with the latest information.
Sorry, no results found.