For a music game to appeal to everyone, it must have good music, enough to compete with a variety of games of the same theme. Rayark didn't disappoint players by releasing the Cytus II release. This game is full of music genres such as J-Electronic, rock music, underground alternative, classical music, and more. The game has a total of more than 50 songs by musicians from different countries around the world, such as America, Europe, Taiwan, Korea, Japan, etc. Surely you will feel relaxed while playing this game. 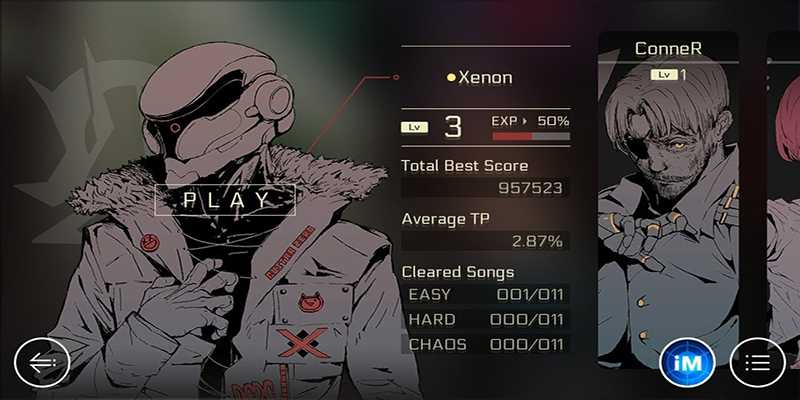 Cytus II is not only a music-themed game, but it also has a virtual social network. Each character will earn experience points for themselves each time they complete the match. When your character is promoted, this game’s social network will show a new post clearly depicting his personality. For example, a professional singer like Paff has only one official quote, while a streamer like Neko has so many posts that you'll see her appear everywhere.

If you take a moment to observe this virtual world, you will find a lot of exciting things behind it. In addition, all of the characters in Cytus II are related to each other. We won't reveal it to you now, but let you explore that world for yourself.

You just need to touch all the virtual spots that are sliding on the screen to let the music play in tune. There will be long strings, and high-score notes, and fast-paced songs will slide the virtual buttons faster.

Besides the good music worth mentioning, this game also has much-improved graphics compared to the first version. All images and effects are designed in anime style. Along with a slew of engaging gameplay features, a complete storyline, and many more interesting things are guaranteed to appeal to any fan of such a mechanic.

Overall, Cytus II is a music game with a simple and easy-to-grasp style of play. Besides it, there are many interesting features waiting for you to discover. Download and play today!