Description of Crash of Cars

Join the car battle in Crash of Cars MOD APK; you can enjoy the fascinating car clash. This game has the same gameplay as Slither.io and Hole.io, where you join an arena with many other players and try to become the last survivor. Funny cars are what you will have to control in Crash of Cars. Surely this game will be that you feel comfortable with the car battles that are not too tough but full of entertainment. 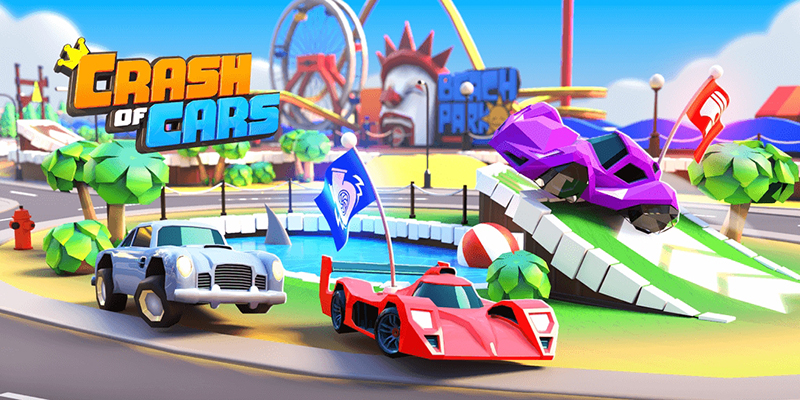 In general, the gameplay of Crash of Cars is very approachable. With the multiplayer mode, you will compete with others, and the winner is the one who collects the most crowns. To start the match, simply press the green Play button on the screen. After that, the game will automatically find more players, and the fight will begin. Your car will move automatically; you only need to control it by holding the left side so that it turns left and similar to the right. When you hold both sides at the same time, your vehicle will brake and turn around.

To win, you need to collect everything the game requires, especially the crowns. Besides, you need to be careful because other players will try to prevent or even destroy the vehicle so that you will be eliminated from the game.

Besides, you can upgrade your car by collecting mysterious boxes and taking weapons in it. You will get various weapons such as saws, flamethrowers, laser guns, rocket shotguns, grenade launchers, etc. You can take down your opponent to take his entire crown. You can simultaneously pick up the height and attack others to become the winner.

In my personal experience, usually, you will have to end the game quickly if you focus only on the center at the beginning. Because this will be where the competition is fierce, and many people will be defeated and stop the game. So I have drawn up a winning strategy and want to share it with you.

Accordingly, you can move to the suburbs to collect weapons and strengthen them first in the beginning. After that, you can move to the center to clear the end of the previous battles. Once there, the other players were weaker, and you could easily defeat them. However, not everyone is suitable for this tactic. If you do not like to wait for the opportunity, then experience the tough battles that start in the center.

There are over 70 different vehicles available in Crash of Cars, but not all of them are available. You can own from cars to trucks, fire trucks, ambulances, etc. The vehicle system is divided into 4 categories popular, rare, epic, and legendary.

The number of crowns you collect after the matches will be converted into coins. You can use those coins to unlock cars and upgrade equipment.

There is nothing more interesting than when you get to play against each other with friends and see who the winner is. You can invite your loved ones into the match and fight them again. Surely you will have fun moments with your friends. Get started now! 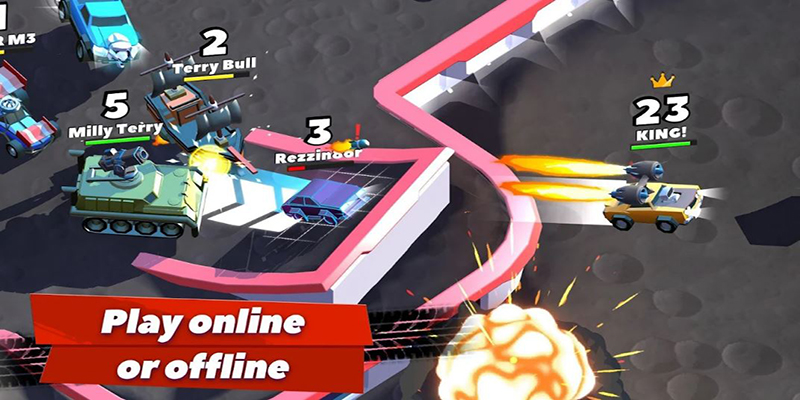 In terms of graphics, the publisher has shown its efforts to give players the most intuitive look with 3D graphics and good image quality. Although it does not look too beautiful, it is enough for you to feel excited. Besides, the locations in the game are also designed with many beautiful scenes, bright colors, easy to see. In terms of sound, the game has fun sounds and excites players in intense car matches.

Overall, everything is fine to look at, and you can play this game on medium to high configuration devices without fear of lagging.

Crash of Cars
Rate this app
Reviews are public and editable. Past edits are visible to the developer and users unless you delete your review altogether.
0★
0 total
5 ★
4 ★
3 ★
2 ★
1 ★
We gather comments to provide users with the latest information.
Sorry, no results found.