Perhaps the racing games are too familiar to gamers. Netizens all know famous games like Asphalt or Real Racing. However, if you get bored with these games, there will be a new option for you.

Car Eats Car 3 (Mod, Unlimited Rubies/Fuel) is a game that gives you access to fighting cars. It's not a race with famous supercars. The player will have to destroy many other vehicles as well as face enemies such as the police. Try not to be eradicated. 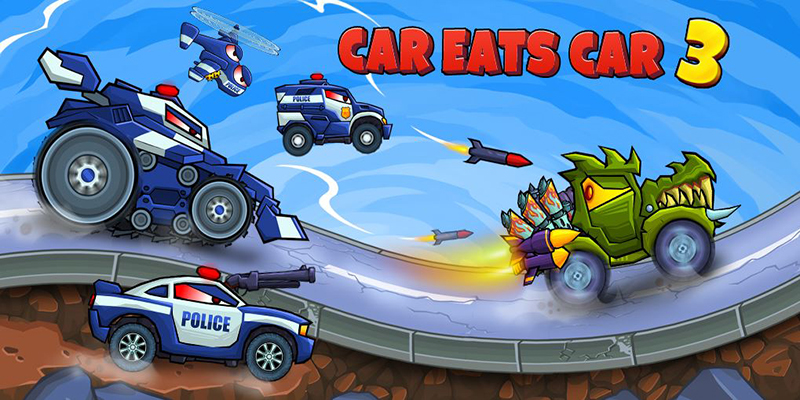 In the world of Car Eats Car 3, you will be a car rather than a driver. These cars are also not like real-life automobiles. They are huge, amusing, and monstrous vehicles. However, they have exceptional combat capabilities and are willing to crush anything on their way.

The game has many different missions. You will use the virtual key system to bring your vehicle into battles between other cars. Of course, the police and many people won't like your presence. They will always want to surround and destroy you. Therefore, you will play the villain's role and crush all the cars around you, including big trucks or even a tank.

Furthermore, you will come across many dangerous traps along the way, such as fences and incisors. You lose a health point after each collision. As a result, you should eat hearts along the way to boost your HP.

The game also offers a variety of maps, such as modern cities and the Great Walls. They will all provide you with the most enjoyable experiences. You can also play with your friends, and there will be a leaderboard for you to conquer. 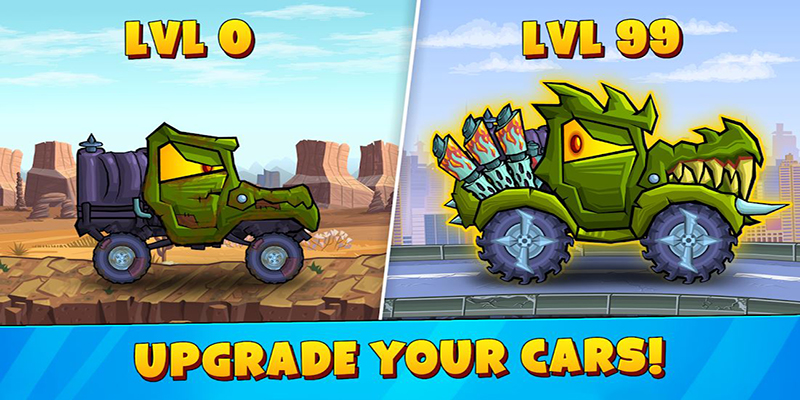 The cars are perhaps what distinguishes Car Eats Car 3. There are numerous vehicles with unusual appearances. Each vehicle carries a unique arsenal of weapons such as bombs, laser guns, magnets, and so on. These items will increase the ferocity of your battles. Remember to keep an eye on your energy bar. You'll need enough energy to use your weapons. Besides, you should also upgrade vehicles such as armor or repair vehicles after battles. 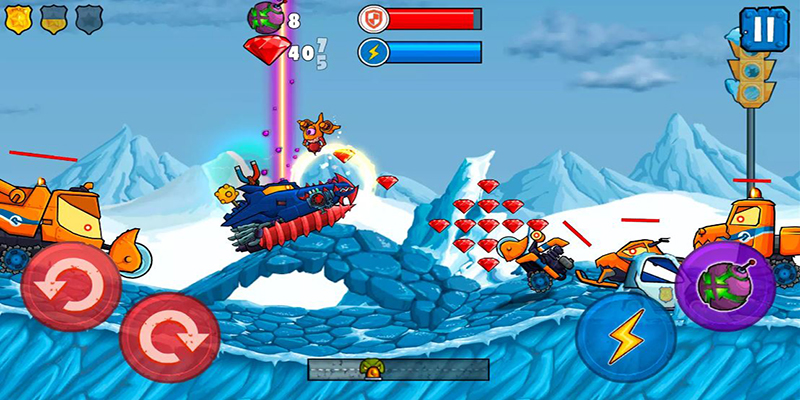 Car Eats Car 3 does not have cutting-edge graphics, but players will enjoy the game's 2D graphics. Explosive effects are meticulously designed as well. Also, the high-quality sound system contributes to giving players the best experience.

Most players appreciate this game. Many users said that they had a good time playing it. Therefore, it has been rated 4/5 stars and received 10 million downloads on Google Plays. However, it still has a few minor bugs. Hopefully, the developers will fix these in the future version.

After long stressful working days, you want to have moments of relaxation. You can download this game and experience it. Besides the unlimited fuel and unlimited rubies feature, you can buy the items you like without worrying about the price.

Does it contain the advertisement?

Which language does this game have?

Car Eats Car 3
Rate this app
Reviews are public and editable. Past edits are visible to the developer and users unless you delete your review altogether.
0★
0 total
5 ★
4 ★
3 ★
2 ★
1 ★
We gather comments to provide users with the latest information.
Sorry, no results found.