Bulu Monster is an excellent RPG game. This game is developed by Sigma Game Limited and belongs to the category of Very Interesting Role-playing Games category, released for Android in mid-2013.

This is an exciting monster game because Sigma Game Limited offers many cool in-game features, allowing players to become monster trainers on Bulu Island. It entirely depends on how they train monsters. You must explore monsters, capture, fight monsters, and more. 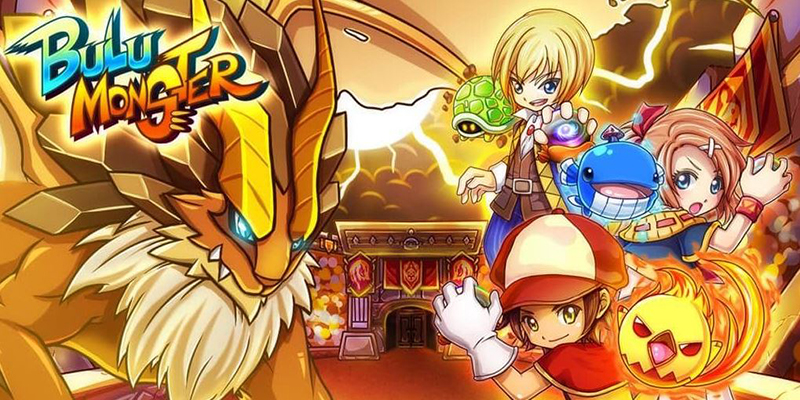 You will be seen as a daring trainer who has decided to go on the ultimate monster collecting adventure on Bulu Island. Players will have access to a monster world filled with incredible creatures with extraordinary powers.

In Bulu Monster, players will have the opportunity to participate in a series of exciting experiences with many adventures in stages. Enter endless levels and sets as you dive into individual monster battles with engaging stories.

Simultaneously, players can also make full use of the monster's unique power with an exciting leveling mechanism. You can let monsters participate in battles and challenges to gain experience as they progress.

Train Your Monster and Fight!

Bulu Monster is like another version of the Pokemon game. Players create characters to role-play, wander across areas of the map to collect and battle monsters.

The battles in the game are pretty simple and familiar. Players don't even need instructions from the system if they've played Pokemon before. When the match starts, monsters will be sent to the battlefield.

The map of the game is set up like roads. Players can choose their path and will encounter different challenges and monsters.

The Mission system is updated every day. New quests also open up as the players' journey turns to a new page. After completing the puzzle, players will receive Bulu Points, Exp, or some rare monsters. 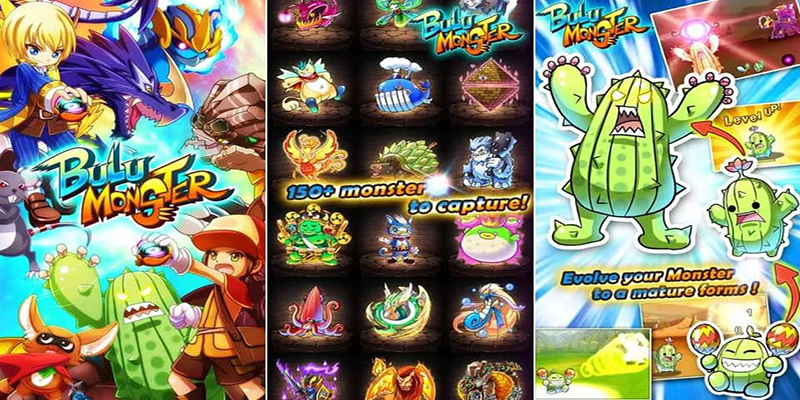 In particular, Bulu Monster has more than 150 types of monsters for players to collect and train. You can catch wild monsters through Capture Ball. But to catch them, players need to weaken them in battle, then choose the ball that matches each species’ strength.

Each monster has a complex system of stats and skills. During the game, they will accumulate experience to level up and HP, damage, speed will be raised to a higher level. New combat skills will then be unlocked, which can be maximized to level 10.

The store sells special items, including monsters, potions and Kit Set. There are different types of Kit Set sold for Bulu Points, containing items such as Capture Ball and experience.

The potion helps monsters increase strength, increase HP or heal wounds while fighting. Besides, a drug helps weaken the enemy's monsters, making it easier for players to catch them.

Rare monsters can only be found in stores, and their prices range from 800 to 1000 Bulu Points. Their default level is five, and their rating is 1 to 3 stars.

Bulu Monster will also offer many competitors who will challenge players in their journey to become the best coach. Fight against over 50 different NPCs with their unique fighting style and strategy. Utilize balanced and intensive mechanics to effectively train the ultimate monsters. 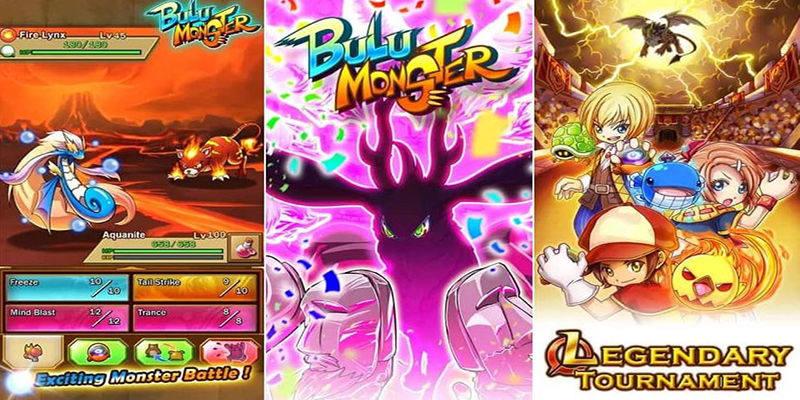 Bulu Monster is impressive, thanks to its huge collection of monsters. You will have access to many monsters with exciting designs and unique features. In addition, when engaging in battles, the impressive skill moves and in-game visuals will also make the fights more spectacular than ever.

The graphics are also adorable and colorful. The monsters were carefully shaped, varying from shape to size. In a match, the main screen is divided into two, corresponding to each team. This helps players see clearly what is going on in the game.

Bulu Monster has immersive sound for a realistic experience with significant sound effects and music. Players can always be wholly absorbed in the addictive gameplay of the game.

Most gamers rated Bulu Monster as a good game and worth downloading to the phone. In particular, the game helps players to enjoy exciting monster collection challenges with friends and online players. You can quickly join your friends in engaging and competitive battles. Just enter the player's code, and you can invite them to your matches.

Simultaneously, if you want to explore the monsters’ world, you can also have fun with offline gameplay. You can comfortably join endless levels with engaging battles without an Internet connection. This makes Bulu Monster extremely accessible anytime if you don't want to waste mobile data.

Bulu Monster takes you on adventure in a fantasy world where you have to face monsters, then collect them to become the best trainer. Besides, you can also compete with other trainers in PvP mode with familiar turn-based combat gameplay.

Bulu Monster MOD APK version will help players easily get what they want quickly, including many points to buy everything as you like without worrying about the price. The MOD APK file also saves you a lot of time and money in the game.

Bulu Monster
Rate this app
Reviews are public and editable. Past edits are visible to the developer and users unless you delete your review altogether.
0★
0 total
5 ★
4 ★
3 ★
2 ★
1 ★
We gather comments to provide users with the latest information.
Sorry, no results found.