Bright Memory Mobile in a Nutshell

Bright Memory Mobile is a game for PC. However, like many publishers who are working to make their mobile game platform available for online games, FYQD Studio has optimized a version for mobile devices. If you do not have an idea of how interesting the game is, then keep reading.

Bright Memory Mobile is a story about a woman named Shelia and her adventures. In 2020, SRO - a scientific research organization, discovered two ancient swords called Kanshou and Byakuya. These have extraordinary power. They can resurrect dead creatures. As a result, many people and organizations all over the world want to own them. Specifically, a terrorist organization called SAI planned to steal these two swords from the SRO. They sent troops to the SRO headquarters to steal top-secret documents and data through teleportation. 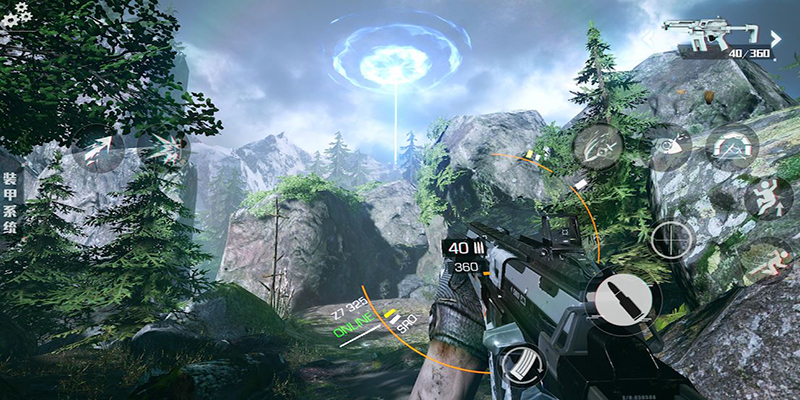 Sheila works for the SRO organization as a soldier. Because she didn't want the villains to access this vital information, she altered the teleportation portal system. However, she unintentionally caused a disaster. She teleported everyone in her vicinity to an unknown island near the North Pole. The inhabitants and animals that died on this island become walking corpses due to the two magic swords. And they're on their way to Sheila. Inevitably, a bloody conflict will happen. So, what is Sheila going to have to do to survive? Bright Memory Mobile is a first-person shooting game. As a result, if you are a gamer who enjoys the action and shooting genres, you will undoubtedly enjoy it.

You will take on the role of a professional commando in the game. You will be armed with various weapons such as guns, knives, and ropes. Besides, thanks to the application of high technology, you will have a unique pair of gloves. These will grant you special abilities such as psychokinesis and plasma boom.

Besides, the character's skill system is also very diverse. Each time you level up, the player will receive additional skill points. Once you've accumulated the necessary skill points, you can select the skills you want.

Remember that it is the Demo version; you only need 1 hour to experience the entire game. This version is only the first chapter of the main story. As a result, you must wait for Bright Memory: Infinite to fully explore the game's story. 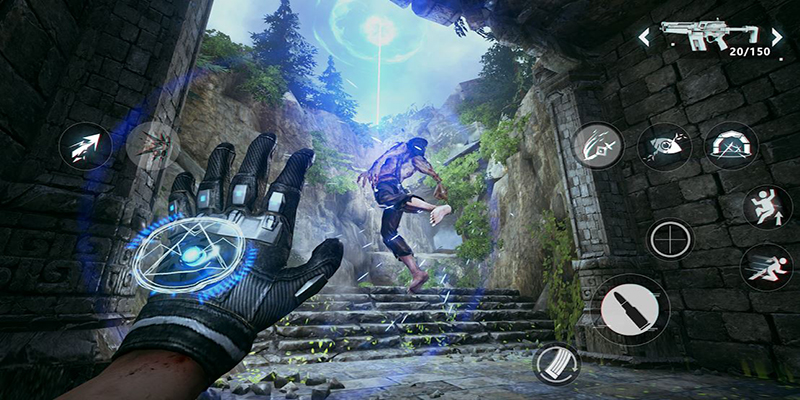 Bright Memory Mobile is one of the best games on the mobile platform today, with the best graphics. There won't be much of a difference between the PC and mobile versions. As a blockbuster game, the graphics are designed with Unreal Engine, which has impressed many players. With this game, you will feel like a true warrior standing in the majestic scenery. Thanks to this game, the Chinese are gradually asserting their technological development. Besides, the sound is also vivacious, which will contribute to your best experience.

Many players were ecstatic while playing Bright Memory Mobile. They particularly enjoy the game's graphics. As a result, the game has more than 10,000 downloads on Google Play. However, it will still have some bugs that make players feel inconvenient because it is still in development. For instance, some people say that the Touch controllers aren't responding to where they place them when they rotate the screen. Thus, Gamers will have to wait forever for the upgraded versions in the future.

Indeed, Bright Memory Mobile is a great game. You will have to pay $1.99 to play it. However, with the the game version on our site, you can use it completely free. Download it and enjoy right now.

How many languages does the game support?

It has two languages: English and Chinese. You can choose the language in the settings. Maybe, it will have more languages in the future.
2

Bright Memory Mobile
Rate this app
Reviews are public and editable. Past edits are visible to the developer and users unless you delete your review altogether.
0★
0 total
5 ★
4 ★
3 ★
2 ★
1 ★
We gather comments to provide users with the latest information.
Sorry, no results found.