A game that is full of bugs is not good - but this game is entirely different. Best Friends has a lot of "bugs," but we are adorable little creatures. In the game Best Friends, you can explore the world of bugs. 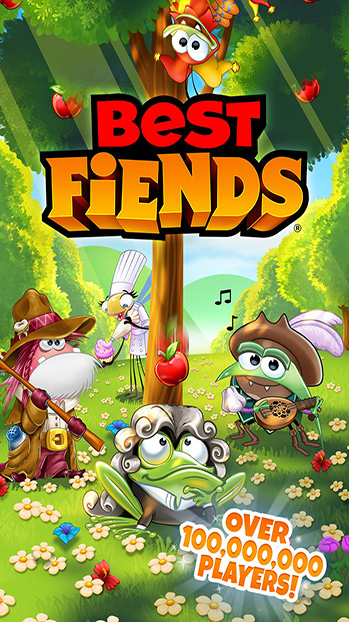 The story is about a group of creatures that inhabit the land of Minutia. All animals live peacefully and in harmony. A meteorite landed on Boom Mountain unexpectedly one day, transforming the snail into an enemy of other gentle insects.

Now, snails have become a force that invades the entire area and suppresses other creatures. On the other hand, the bugs have banded together to fight the snail forces and bring peace to this land. The player will take on Temper and his friends' role in the battle against snails in the game.

In the game and adventure maps, you can travel to a variety of locations. Mountains, rivers, and oceans will all be depicted on a globe-shaped map. Your mission is to go to each site and expel the evil slugs. It sounds like a fierce fight, but this game is not an action-style fight. So, what is the game's challenge? 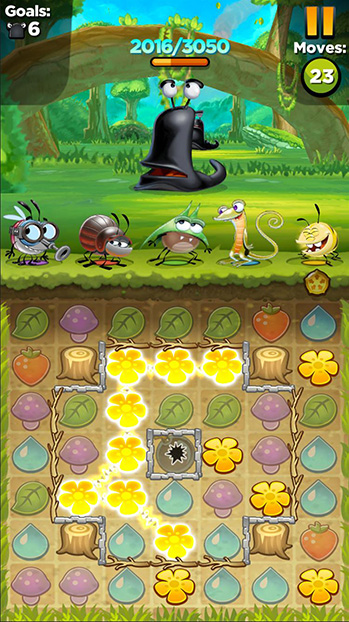 To defeat the slugs, you connect blocks of the same type to launch attacks. Instead of swapping blocks, you must draw a line horizontally, vertically, or diagonally between them and score points. The longer you connect the chain, the more influential the attack will be.

Best Fiends limit moves, and it is also the difficulty of the game. Players must collect a sufficient number of blocks, which typically contain leaves and flowers. To see what you need to collect, look up in the upper left corner of the screen. The key assists you in opening the box at the end of each level. Usually, there is Energy, gold, meteorites, or a new friend in the box.

Your journey will begin in Green Glades. There are new places to visit, and Frozen Hills is the next stop. Each location will have a unique terrain and weather. Gradually, you will soon build an army of adorable bugs. It is very important because the slugs are also getting stronger.

As noted above, Temper is the main character of the story and has many different friends, including Howie, Kwincy, Tantrum, Dennis, and others. Each bug has a unique skill that you can activate by removing enough bricks of the same color as that bug. For instance, Temper's special upgrade move can erase the horizontal row - combine it with Howie's vertical line eraser to create a chain effect to erase all bricks.

Meanwhile, the Kwincy spider builds a transformation block that turns all the blocks into golden flowers, allowing you to connect more blocks.

When you have a few friends, you upgrade them to raise the indicators to a higher level. In the upgrade feature, all characters have 20 levels. Species, Attack, and Horizontal Bomb are all distinct parameters that cannot be separated.

Every time you upgrade all three parameters, it goes up to a limit of 20.

Besides, the quests are also very diverse. Other times you have to pick up apples and sticks, wipe the black mucus or melt the ice besides defeating slugs. With just an intelligent swipe, you can complete all those tasks. 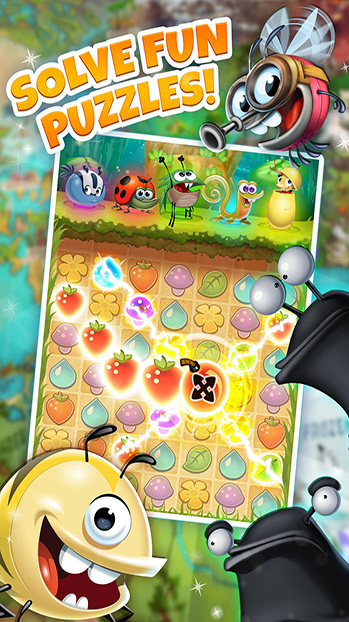 Best Fiends is a great puzzle game with eye-catching graphics, fun sounds, and cute characters. Specifically, the game bugs have a funny design, similar to the image of crazy birds in Angry Birds or worms in Larva Heroes: Lavengers.

The diverse graphic design makes each screen look like a stopover, a new challenge in the journey through.

Many players claim that they can't stop playing this game and become addicted to it because it is so entertaining. The game has a catchy soundtrack and vivid graphics. Aside from that, the game has a plethora of events for players to participate in. However, the game does not support a wide range of languages. Hopefully, future versions will include more language options.

Unlimited Money: Best Fiends will have a few simple first levels to help you get acquainted and excited with the game. Then at higher levels, the game will become more challenging. You must now spend money to purchase items at a not-so-low price. But don't worry, you can fully enjoy this fun by using the MOD version. Specifically, when you use the MOD version, the money will grow over time.

Unlimited Energy: Best Fiends limits your play counts with Energy. You may need the Energy to start a level. Use the MOD version if you don't want to wait.

Over 90,000,000 million people have played this game. That is an impressive number enough to talk about the attractiveness of Best Fiends. Are you ready to enter the world of Minutia, collect cute characters, upgrade your team, defeat slugs and pass over 1,400 levels?