RPG is no longer a strange term for gaming enthusiasts. This type of game allows players to get under the skin of the character they prefer and make full use of the skills and power to achieve the final goal. If you are looking for a new change for your gaming experience, then JRPG, Japanese Role Playing Game, may fit your bill. Inspired by the rich source of East-Asian culture, Battle Chasers: Nightwar is the title that you should try once.

The game is powered by HandyGames, which is well-known for several titles, namely Titan Quest, SpongeBob SquarePants, and This Is the Police 2. 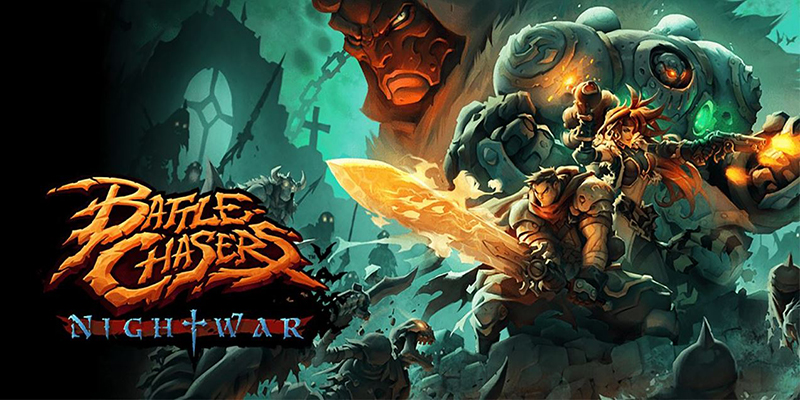 As the name of the game states, you can easily imply the context of the game: the battle. However, who is involved in this battle? And why does it break out? Battle Chasers: Nightwar tells us the story of Aramus, a brave warrior who was trying to protect the Earth from the evasion of evils from hell. Unfortunately, he disappeared, and Gulli decided to find him along with continuing her father’s mission.

Your mission is to help her on a dangerous journey. Are you ready? Get into the game and enjoy the fascinating adventure. 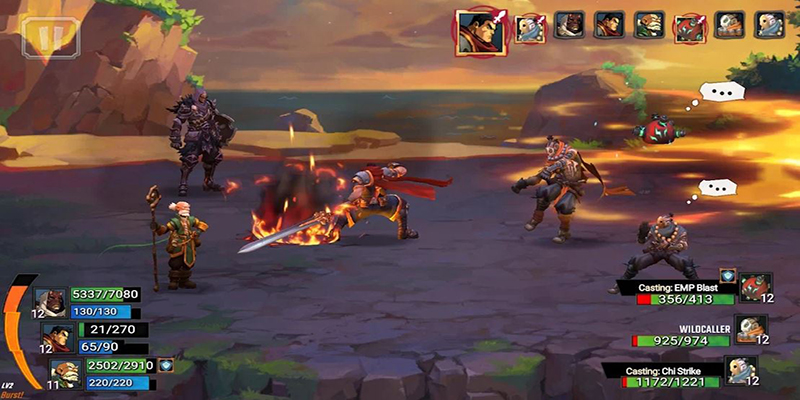 After entering Battle Chasers: Nightwar, you will be taken to Harm Way, where you need to search for clues to find out the warrior Aramus. Expand your map and fight against the monster along your journey. You can get more experience, bonuses, and valuable items to upgrade your stats every time you win the evils.

You will control a group of three characters during your battle. You can assign each person to move, attack, and perform a special skill. Every time you use the attach skill, you consume certain mana.

Find the Best Characters for Your Team 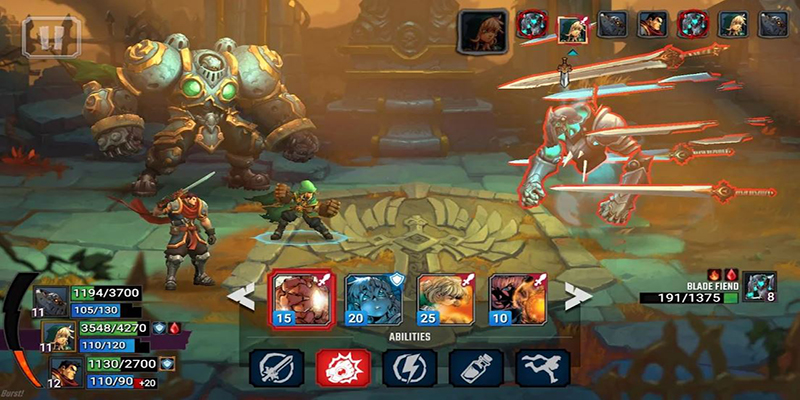 Each character in the game has unique skills. So, you should carry out a sensible strategy to pick up the one that suits you best. You can refer to the character’s bio, skills, and basic attributes to make up your mind.

To increase your chance of winnings in Battle Chasers: Nightwar, you can upgrade your team of three characters by equipping them with more skills, including combat skills, offensive, and defensive attributes. You can gain reward points every time you reach a higher level. These points can be exchanged for the attributes you want.

You can also collect weapons, and armor to make your character undefeatable. It is good news that you can customize these items in the blacksmith shop. This may cost a lot of money, so try to defeat the enemies as much as possible to gain points and money.

Battle Chasers: Nightwar is designed beautifully. Set in the landscape inspired by European mythology, the game is dominated by the mysterious darkness. In contrast, the character system looks bright and eye-catching. The developer did a good job of making the characters vivid and lifelike.

Your mobile experience will go beyond expectations with the laudable graphics and gameplay.

In our game version, you can use two features: One Hit and High Rewards. This version of the game also allows you to use unlimited money to buy efficient items to win against dangerous monsters. Get the app for free on our website and enjoy the journey to Harm Way.

Battle Chasers
Rate this app
Reviews are public and editable. Past edits are visible to the developer and users unless you delete your review altogether.
0★
0 total
5 ★
4 ★
3 ★
2 ★
1 ★
We gather comments to provide users with the latest information.
Sorry, no results found.