Description of Art of War

Strategy games have been popular for a long time. Because of its appealing gameplay, it attracts a large number of players. It is not as loud and complicated as the role-playing genre, but it can keep players glued to the screen for hours. If you like this type of game, you've probably heard of Art of War.

Art of War: Legions MOD APK is the most popular version of the series Art of War by the 10P STUDIO. The things you'd expect in a strategy game are available in this game.

In Art of War, you become a commander with great authority to protect your country. You will command your army to fight the enemy. After each battle, the enemy also became more intelligent and more powerful. As a result, you must also improve and upgrade your army to be strong enough to confront your enemy. There are many levels to challenge players, ranging from easy to difficult.

You must perform the task of preparing the army, and the strategic arrangement will make it easier for you to fight. You must go to your barracks and upgrade your troops to have a strong military before battles. After a struggle, you will be rewarded with money and mysterious chests. Build your army and expand your territory to become the world's most powerful empire. 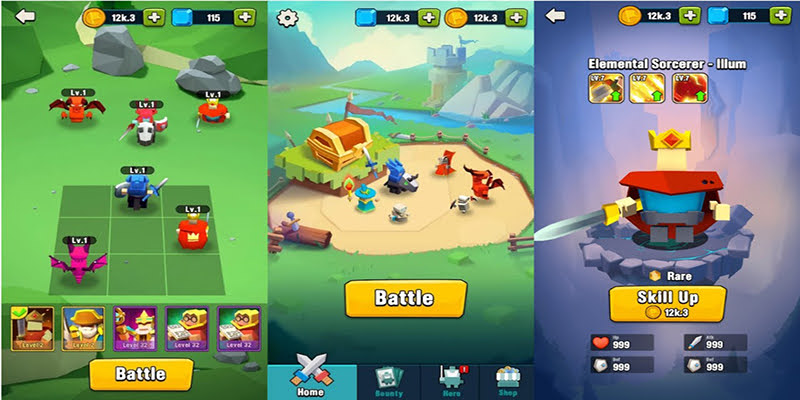 Art of War: Legions has three game modes: Battle, Arena, and Bonus Missions. There are hundreds of fast gameplay levels that you must complete to unlock some advanced features.

The arena gives players fierce battles. Your army grows stronger after many struggles. After that, you can enter the arena. However, in this mode, players must reach level 30. When this feature is enabled, players will face more intense and engaging battles.

Art of War also allows you to do additional quests to earn you extra bonuses once you reach level 14 or higher. Initially, there will be two modes: treasure hunting in the desert and adventure in the snow. Players can experience and explore five challenges.

Besides, there will be daily quests that players need to complete. For example, the system requires killing 30 gunners and 20 soldiers to fight and use six different skills to achieve the mission. 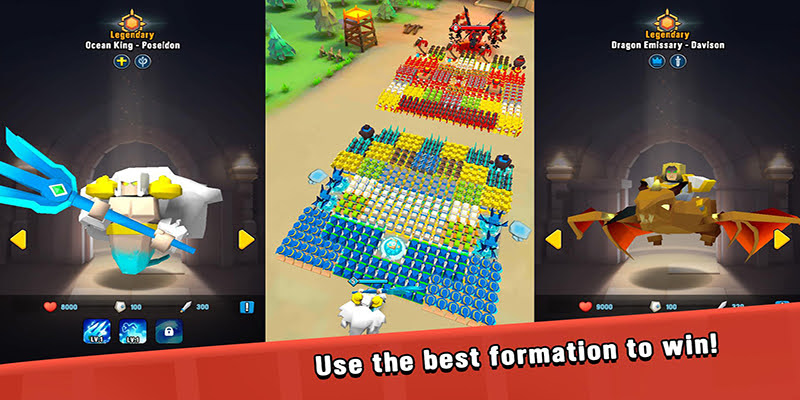 There are over 40 heroes to choose from, including an alchemist, engineer, minstrel, hunter, mage, oracle, and many others. Each hero has different stats such as HP, defense, and attack. Also, your hero has two combat skills that must be upgraded for him to become stronger.

Gamers can command up to 44 armies, including infantry, bow soldiers, guards, bombers, catapults, fire mages, goblins, assassins, and a variety of other units. Each army has parameters such as health, defense, points, attack, and attack speed. It would help if you also upgrade your army.

How do you find a hero? Blue diamonds must be used to purchase cards in the store or open hero gift boxes at random. Art of War Legions Mod has three types of heroes: rare, epic, and legendary. Each will have its own set of abilities, as well as a different opening probability. For example, a hero of the legend type is uncommon, but that hero possesses exceptional skills.

In the game, there are three currencies, including medals, diamonds, and coins. Each currency will have different values and uses. There will be many other deals for you in the store, and the boxes will also bring you money. Do not disregard this.

Although Art of War does not possess advanced graphics with high-resolution, players can have a good experience with funny cartoon characters. Furthermore, the sound is very realistic, with the sound of fighting or the victory trump. With the above factors, the players may believe that they are taking part in medieval battles by playing this game. 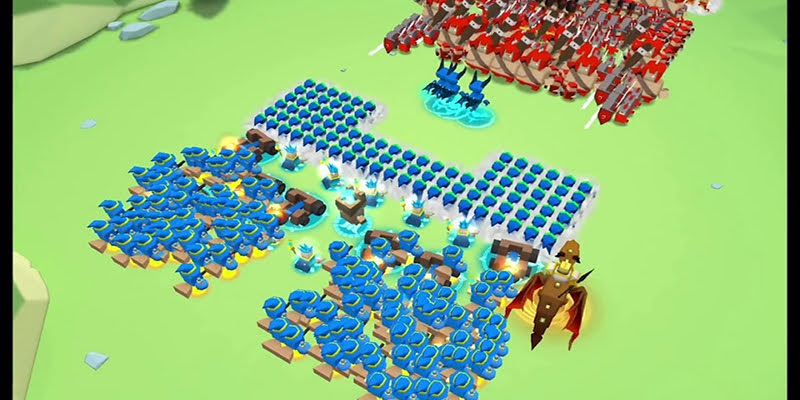 Many players agree that it is a good game. They had a lot of fun while playing this game. However, there are still some bugs in the game. Some players, for example, complained that their accounts had been locked while they had received no explanation for this problem. Some levels are overly burdensome, so it takes players a long time to complete them. Furthermore, sometimes the player spends money on a hero but does not receive the character he or she has chosen. Hopefully, the manufacturer will address these issues in future releases.

When you download the Mod version of the game Art of War, you will have access to an unlimited amount of money. Players will then be able to upgrade their characters and soldiers easily. Furthermore, you can shop at the store without being concerned about the price.

If you are stressed and want to unwind after a long day at work, this is the game for you. Download Hack Art of War Legions MOD version with Unlimited Money / VIP feature will help you save time while still owning a massive army and mighty nation.